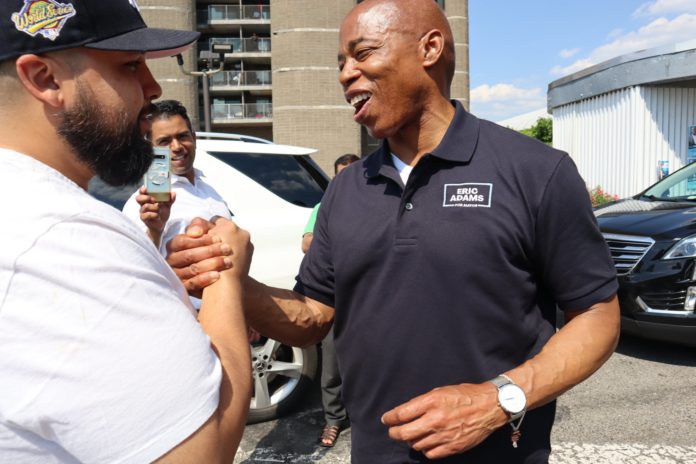 In the moments after polls close at 9 p.m., it might feel like a regular election. You’ll see the votes begin to be tallied — bookmark POLITICO’s results page now — but the ranked-choice format of the election means we probably won’t have a clear winner tonight.

There are 13 candidates on the ballot, and polls show no one coming remotely close to a majority. That means it’s virtually certain that we won’t have an outright winner tonight, and it will be necessary to move to the ranked-choice, “instant runoff” tabulation to determine the Democratic nominee.

But “instant” it is not — far from it. The problem is you need to know which candidates finished the race in which places before their supporters can be reallocated in the correct order. And that’s only possible after all the votes are tabulated.

The city board of elections is reportedly not going to run those calculations for the first time until next Tuesday. And that will only include votes cast in person — whether today or during the early-voting period, which ended Sunday.

Then there are absentee ballots, which won’t start to be added to the tallies until after the Fourth of July. That means it could be until the middle of next month before a winner can be identified. That’s especially true if the race is close.