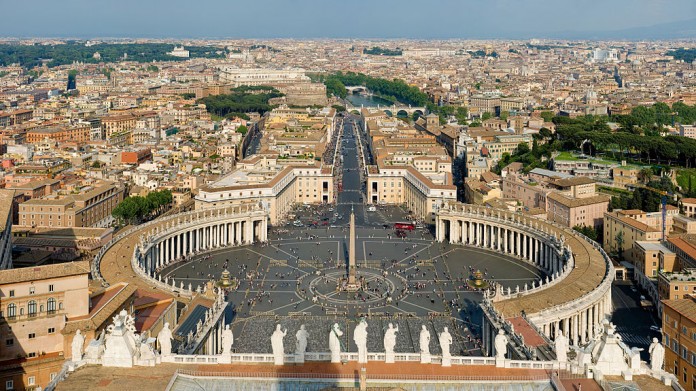 Italian police have arrested four suspects who were conspiring to join the Islamic State terror group and plotting to attack the Vatican as well as the Israeli embassy in Rome.

The four suspects—a couple living near Lake Como, a 23-year-old Moroccan man, and a female relative of a fugitive couple—were detained by Italian police, Milan prosecutor Maurizio Romanelli said at a news conference.

Italian police also said they are seeking to arrest the aforementioned fugitive couple, another Moroccan man and his Italian wife. That couple is believed to have left Italy for Iraq and Syria last year, the prosecutor said.

Transcripts of wiretapped phone conversations between three of the four suspects who have already been arrested mentioned the possibility of attacks on the Vatican and the Israeli Embassy in Rome, Reuters reported.

“I swear I will be the first to attack them in this Italy of crusaders, I swear I’ll attack it, in the Vatican God willing,” one of the suspects allegedly said, according to an arrest warrant.