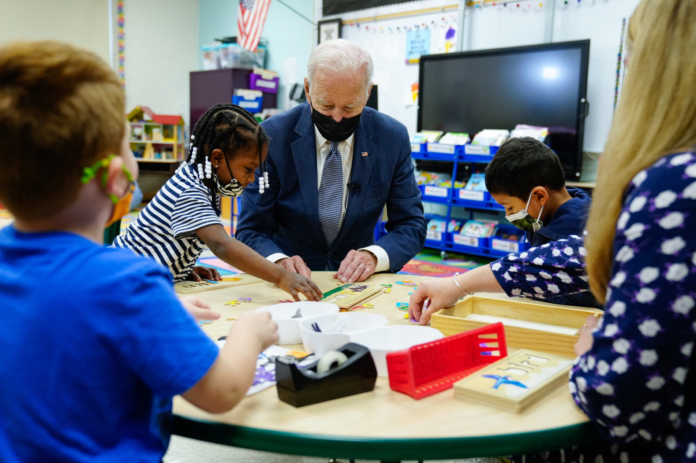 President Biden watched a child’s infrastructure project crumble before his eyes Monday as he visited a New Jersey school to promote his beleaguered public works plans.

“I’m sorry, my fault. That was my fault. I made you look up,” Biden said, bending over to pick up the pieces of what had been a preschooler’s building block tower.

Although the trip was billed as a chance to promote his $1.2 trillion bipartisan infrastructure bill and a larger social spending plan, it doubled as a de facto campaign swing for Murphy.

Biden plugged the governor in the classroom and again at a nearby NJ Transit facility in Kearny, NJ.