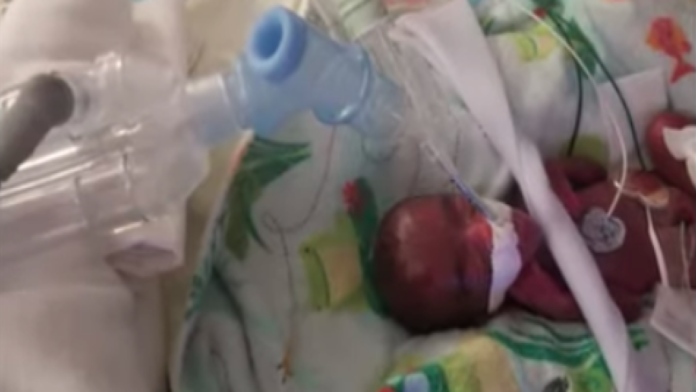 The world’s smallest surviving baby has been released from a hospital in San Diego, about five months after being born prematurely, officials announced Wednesday.

The baby girl, named Saybie, weighed just 8.6 ounces, or 245 grams — roughly the size of an apple — at the time of her birth at Sharp Mary Birch Hospital in San Diego.

Her mother, who has chosen to stay anonymous, said she went to the hospital after experiencing severe complications during pregnancy. Saybie was born at 23 weeks and three days, making her a micro preemie, according to hospital officials.

After her birth, the newborn was stabilized by the hospital’s life support team before she was transferred to the neonatal intensive care unit.