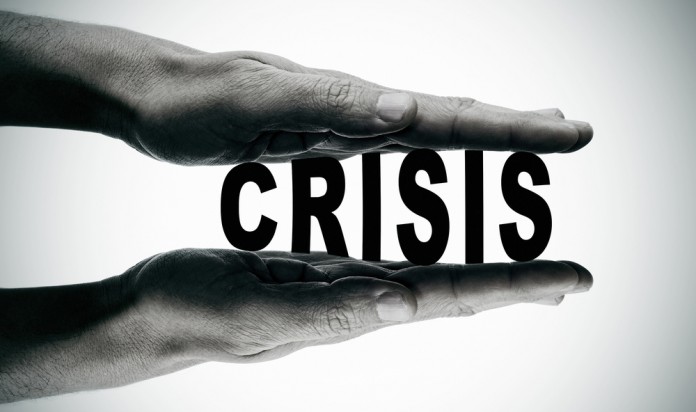 (Definitions: Crisis, with the “i”  = singular or one; Crises, with the “e” = plural or many. The English word “crisis” that’s defined as a “turning-point” or “moment of danger” is taken from the Greek “krisis” that means “decision” — From the Concise Oxford Dictionary. )

But really, it’s all one crisis about people in crisis because no one ever said that life was supposed to be “crisis free” after all what we know in the Torah as “Nisyonos” [“tests”] is just another name for “crises” so that the “Ten Nisyonos of Avraham Avinu” could be called the “Ten Crises”!

The Torah, Tanach, Torah SheBeal Peh, and Jewish History are full of different types of crises that the Jewish People have faced since they began until this very day: Lefum Tza’ara Agra — the reward Min HaShomayim is according to the pain that can be called a “crisis”!

A famous person once said that “there is crisis, and there is opportunity” and with that we can all learn lessons about everything that happens.

What is causing the “Shidduch Crisis”?

With every article about it and with every comment written in advice pages and with every new piece of “research” there are so many explanations it’s very confusing.

Some like statistics and they talk about numbers of boys versus girls or girls versus boys under different scenarios.

Some people feel that promoting Kollel life is “the problem” because not everyone can live up to that standard while others say the opposite that it’s because there isn’t enough Torah, and if only more people were learning Torah and be Frummer or as Frum as themselves then all would be well.

Some say it’s because people are too focused on careers and do not have time to date while others say there isn’t enough emphasis on earning a livelihood and that people should have jobs and then get married.

Some say that too many young women are taught to only support husbands in full time learning, while others say that not enough women want to support their husbands full time in learning.

Some say people are getting married too early and are not mature enough to make a marriage work and others say that people are waiting too long and the older they get the harder it is to be married.

Some say that modern life spoils people and they have it too easy and they get bored and don’t know how to raise a family while others say modern life makes life easier and lets people focus on the important things in life like getting and staying married and it makes it easier to raise a family.

And on and on it goes, with everyone having their pet theories and no one knows why the problems keep on getting bigger and worse.

I learned some important things about what to look for in Shidduchim from one of my first Rebbeim in Yeshiva. His name was Rav Shmuel Brog ZT”L, and he would always stress to us Bochurim that the most important quality to look for in a girl was the Midda [quality] of Chesed [kindness, mercifulness], of being a kind and caring and loving person.

It seemed so simple when he said it so many decades ago, yet as I look back in my life to the many people I have counseled and the stories of people I have known and things I have seen, the words of Rav Shmuel Brog ZT”L always still ring loudly in my ears: Look for a girl who is a Ba’alas Chesed! Look to see how she speaks about her own family and other people. If she does not respect them then why do you think she will respect you and your family? Look to see how she acts and what she does, actions speak louder than words.

I have a very Choshuva old friend who told me that what clinched it for him was that on an important date when he did not know where they would eat that day since he had to go to out of town to meet the girl, she prepared a delicious picnic basket and took care of the food for that day without being asked. Of course she was very smart, capable and had the right Hashkofas, but by her act of Chesed, she proved that knew she wanted to take care of another person, that sent the right message loud and clear that she was a true Ba’ales Chesed, and not look at how fancy his car was or what kind of house and summer home his parents had.

Same thing with Bochurim, they may know a lot about learning and Gemara, and be super smart and “with it”, but no one marries a “computer” or a machine or a robot no matter how nice or Frum it looks. We marry another human being with a Godly Neshama and of real flesh and blood that we have to live with for the rest of our lives! And if that other human being has bad Middos [character traits] then there is no hope and we are headed for one crisis or other.

As one looks at the Parshios in the Torah how our Avos and Ima’os met each other and what qualities they looked for, then there is no doubt that they were on the lookout for people who practiced Chesed. Not people whose fathers had the biggest bank accounts or whose mothers wore the fanciest jewelry. They had the Midda of Chesed that is the very core of who Avraham Avinu since he is the Amud HaChesed [pillar of loving-kindness] that emulates HKB”H’s Middas HaRachamim [attribute of mercy] by giving a drink of water not just to a stranger but to his thirsty animals, having Rachmonus[mercy] on others and each other. Rochel Immeinu even had Rachmonus on her sister Leah and was willing to let her marry Yaakov first! Rivka and Rochel ran to feed sheep and camels, they did not ask for fancy diamond rings and luxuries.

That is what the Torah teaches, that the world is built on the foundation of Mercifulness and Kindness, that’s what Olam Chesed Yibaneh means, and all the breakdowns and crises around us today are all because there is a breakdown in doing Chesed or where one party does all the Chesed while the other party takes but gives little back. People have become “automated” and have lost the ability to be constantly doing acts of mercifulness and kindness, all the good things, since today as we know everyone is out for “number one” and now see what that gives us, one crisis after another all because we have lost the ability to do enough Chesed!

If we genuinely cared more about others and went out of our way to help them we would be on the way to solving the problems and there would hardly be any “crises”.

Rabbi Yitschak Rudomin lives in Flatbush and is the Director of the Jewish Professionals Institute www.jpi.org and his wife Zahava, although they are not Shadchanim, have counseled many in the area of Shidduchim and dating. He can be reached at rudomin@jpi.org or 718 382 5610 and 718 382 8058.

Prior articles in this series on Matzav.com:

1) The “Shidduch Crisis” Was Created by Humans