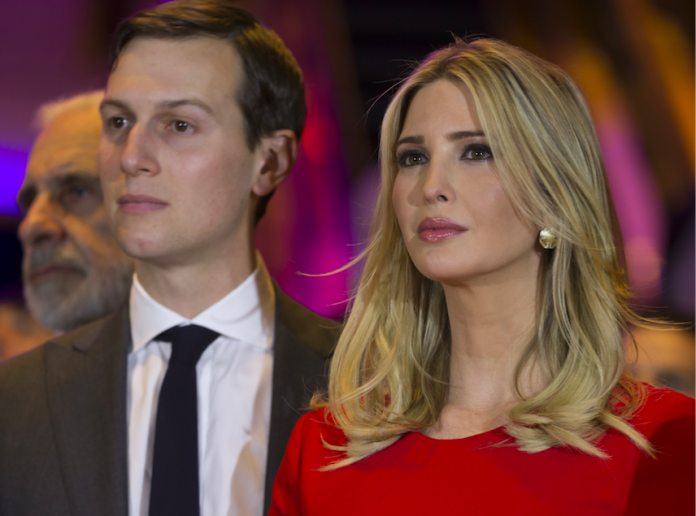 Ivanka Trump was deputized to fill in for her father at a table of world leaders at the Group of 20 summit on Saturday, reigniting questions about the unorthodox mixing of family and government in President Donald Trump’s White House.

The moment, captured in a pixelated photo by a member of Russia’s delegation, seemed to perfectly capture the scope of the first daughter’s expansive influence in Trump’s administration. But it drew sharp criticism by some who say that the move demonstrates Trump’s flouting of democratic norms against such familial arrangements as well-established diplomatic protocols.

Former NATO ambassador Nicholas Burns, who served as a diplomat under Presidents Bill Clinton and George W. Bush, said the incident was a breach of protocols for such summits. Those traditions are intended to send a clear message to world leaders about who has power in the government.

Burns said in his experience at summits, the secretary of state would take the president’s place at the table.

“Authority is not conferred upon family members because of the president’s position,” he added.

Trump and other world leaders of the G-20 sat around a massive table for a working session on “Partnership With Africa, Migration and Health” when Ivanka relieved her father, who had to leave the room for additional meetings. The move placed her squarely between British Prime Minister Theresa May and Chinese President Xi Jinping.

“Yes, it stuck out,” said a senior European official who took part in the G-20 talks and who spoke on the condition of anonymity to speak candidly. “The very fact that his daughter is senior adviser smacks of the kind of nepotism not seen since John F. Kennedy named Robert F. Kennedy as attorney general.”

Some critics online compared Ivanka Trump’s presence at the table to a “banana republic” and argued that she is both “unelected” and “unqualified” to step into a role usually filled by officials with policy expertise.

A White House official said that the topic of conversation at that point in the meeting had shifted into one area of focus for Ivanka Trump: supporting female entrepreneurs in Africa.

“Ivanka was sitting in the back and then briefly joined the main table when the president had to step out,” the official said, who was not authorized to speak publicly about the meeting. “When other leaders stepped out, their seats were also briefly filled by others.”

Trump’s presence was unusual given that government ministers or senior officials are typically the ones called to stand in for heads of state at such sessions.

Trump, on the other hand, is both the president’s daughter and a White House aide with the title of “assistant to the president.” She has focused on issues of women’s empowerment and workplace development but maintains broad influence in the administration.

Asked at a news conference about Ivanka Trump’s presence at the table Saturday, Merkel did not weigh in on whether it was appropriate: “The delegations themselves decide, should the president not be present for a meeting, who will take the chair, and Ivanka Trump was part of the American delegation.”