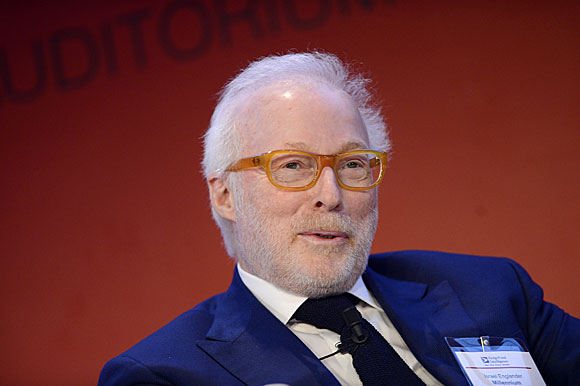 JP Updates reports: The five wealthiest hedge fund managers made more than $1 billion each in 2015, Alpha magazine reported on Tuesday, indicating the rich payoffs that money managers can make when compared to bankers and corporate executives.

Kenneth Griffin of Citadel and James Simons of Renaissance Technologies topped Alpha’s 2016 Rich List of the World’s Top-Earning Hedge Fund Managers, with each earning $1.7 billion. Rounding out the top five were Raymond Dalio of Bridgewater Associates ($1.4 billion), David Tepper of Appaloosa Management ($1.4 billion) and Israel (Izzy) Englander of Millennium Management ($1.15 billion). For the remaining wealthiest fund managers in the top ten, their individual earnings ranged from $300 million to $750 million.

Tepper and Englander are philanthropists who have made donations for Jewish causes. Tepper has donated to the United Jewish Communities of MetroWest New Jersey. Englander is a board member of the Metropolitan Council on Jewish Poverty.

Hedge funds are private investment pools that are largely unregulated. They invest in stocks, bonds and alternative assets such as real estate and commodities. Part of the reason for the high earnings of these hedge fund managers is the lucrative pay for performance, which means that they typically command a 2% fee of assets and take 20% of profits.[JP]