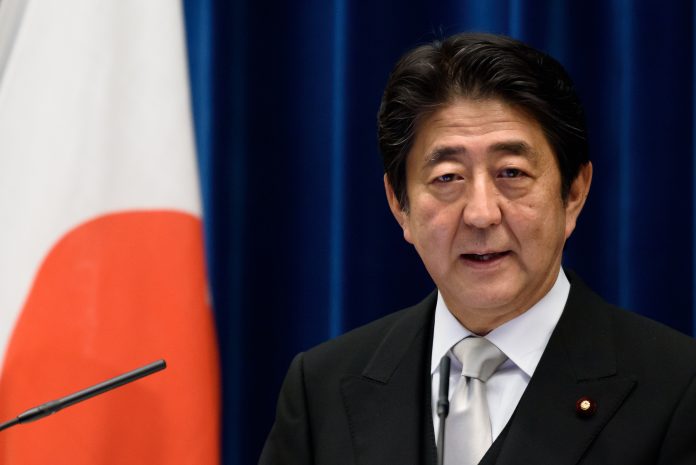 Scandal-hit Japanese Prime Minister Shinzo Abe faces one of his biggest tests since coming to power in late 2012, after his ruling party lost to an upstart outfit in an election for Tokyo’s assembly.

The Liberal Democratic Party lost more than half its seats to end up with 23, the lowest number ever in the capital, in a vote that could be a harbinger for national elections. Voter turnout was up about eight percentage points on the previous poll four years ago.

Tokyo Governor Yuriko Koike’s Tomin First (Tokyo Residents First) party won 49 spots in the 127-seat assembly, up from six beforehand. That will give her a majority after she formed a local alliance with parties including Abe’s national coalition partner Komeito.

Somber-faced party executives sat in silence at the opening of an extraordinary meeting on Monday morning to discuss the defeat.

“At times like this we must pull ourselves together and reflect on the things that should be reflected on, then move ahead carefully but decisively,” Abe said Monday in remarks carried on NHK. “It’s been almost five years since the administration was launched and there was severe criticism that we might be lax. We have to accept that with sincerity.”

A poll conducted by the Asahi newspaper over the weekend found support for Abe’s cabinet had fallen three percentage points to 38 percent, while 42 percent of respondents said they did not support him.

The yen strengthened after the exit polls on risk aversion, and was trading at 112.54 to the dollar at 1:11 p.m. in Tokyo. Still, Abe’s defeat may fuel speculation he will resort to fresh economic stimulus to win support, which could boost Japanese stocks and weaken the yen, according to Hiroshi Yanagisawa, a dealer at FX Prime by GMO Corp. in Tokyo.

A spate of scandals has eroded support for Abe, and Sunday’s result may stir more criticism within the LDP, where potential rivals are positioning themselves to try and end his run as Japan’s third-longest serving premier since World War II. The loss could also hamper his controversial push to revise Japan’s pacifist constitution by 2020.

Several executives of the party’s Tokyo chapter are expected to resign, the Nikkei newspaper reported Monday, and Abe is likely to reshuffle his Cabinet as soon as August.

“Basically what we’ve had here is a smack upside the head for the prime minister,” Nicholas Smith, a strategist at CLSA , told Bloomberg TV. Voters want Abe to “stop faffing around with the constitution” and instead focus on the economy, he added.

Abe’s rush to change the constitution to make clear the legitimacy of the country’s Self-Defense Forces has “handed his critics a cudgel with which to attack his leadership,” according to Tobias Harris, a Japan analyst at Teneo Intelligence in Washington.

“Criticism over constitutional revision could be the thin end of the wedge for broader criticism of Abe’s leadership,” Harris said. “I wonder whether we’ll also see Abe backed into a Cabinet reshuffle that is sooner than he wanted and more extensive than he wanted.”

The defeat could also hurt the party’s chances in a national election due next year. In 2009, a big loss for the LDP in Tokyo preceded a landslide general election defeat months later.

Yosuke Takagi of Komeito’s Tokyo chapter said there would be no change to the coalition with the LDP in the national parliament. Still, the Buddhist-backed party may become a more vocal critic of Abe, both on the scandals and constitutional issues, according to Harris.

Koike, who defected from the ruling party last month, campaigned on a platform of open government and cutting wasteful spending in the city of 13.7 million, which accounts for about a fifth of Japan’s economy. One of her first moves as governor was to halve her own salary.

The LDP sought to portray her as indecisive for delaying the relocation of the iconic Tsukiji fish market over pollution concerns and insisting on reviewing the ballooning cost of the 2020 Olympics.

“Tokyo citizens’ expectation that we would reform the outdated assembly enabled us to become the biggest party,” Koike told a press conference on Monday, where she expressed willingness to work with Abe. “Tokyo and the national government must think of the interests of the people of the capital and work together as necessary,” she added, mentioning the 2020 Olympics and her plans to promote Tokyo as a financial center.

A series of gaffes by Abe’s ministers and allegations of cronyism over government support given to a school run by a friend of the premier have spurred opposition to his government.

Koike, 64, is a former television journalist fluent in English and Arabic who has served as environment minister and defense minister, as well as an LDP executive. The win could give her momentum for an eventual return to the national stage.

In the 2009 Tokyo poll, the LDP and Komeito lost their dominant position in the assembly — months before a resounding defeat to the Democratic Party of Japan in a general election that led to more than three years in opposition. This time, however, Abe doesn’t have to call a vote until December 2018, a few months after the LDP is due for a formal leadership election.

“It’s almost a foregone conclusion that someone will run against Abe” in the party poll in 2018, Harris said. “The question is whether someone with a real chance of winning runs.”