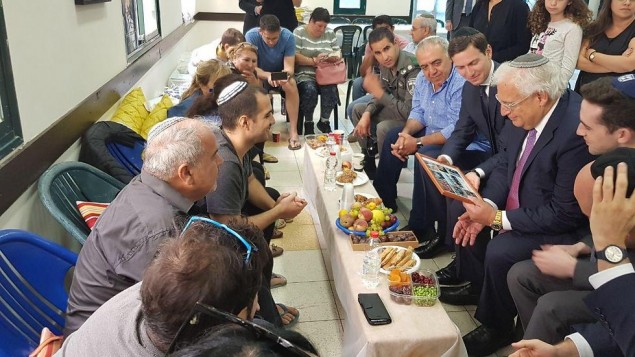 Jared Kushner arrived in Israel today, along with Middle East Advisor Jason Greenblatt, to begin brokering a draft for future peace talks between Israel and Palestine, to be brokered by the Trump administration.

His first stop, though, was that of condolences.

Hadas Malka was a young soldier killed in last Friday’s terror attack at Shaar Shchem. Accompanied by the US Ambassador to Israel, David Friedman, Kushner went to the shiva house where the Malka family are mourning their daughter and sister to offer President Trump’s personal message of condolence.