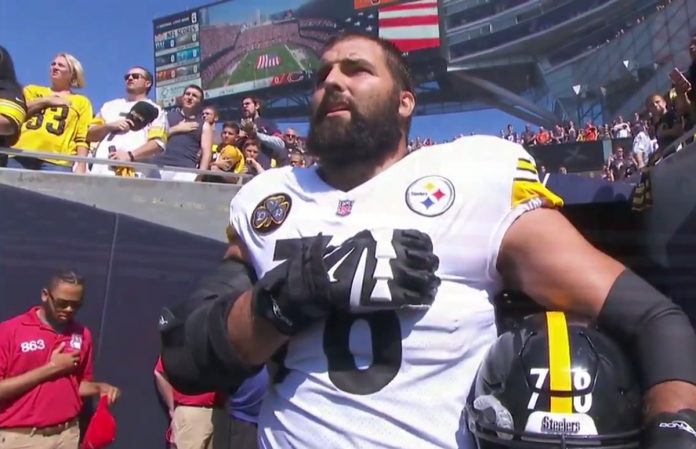 Steelers player who stood for national anthem has the top-selling jersey.

It’s the top seller in the league after the Pittsburgh Steelers offensive tackle broke with his team and walked out of the tunnel for the national anthem.

The Steelers had decided as a group to stay in the locker room. They were one of three teams to sit out the anthem after President Trump said NFL owners should fire players joining the protest.

Villanueva was a captain and an Army Ranger who served three tours in Afghanistan and received several medals for his service, including the Bronze Star. Read more at CNN.