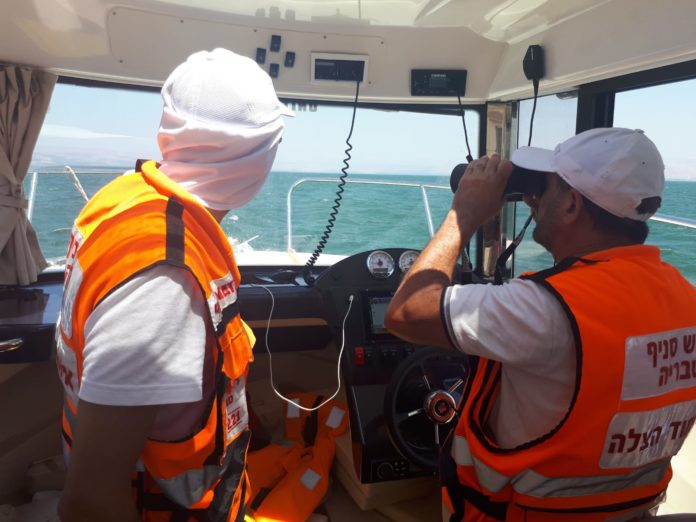 United Hatzalah’s Dispatch and Command Center received an emergency phone call on Thursday afternoon regarding a Jet Ski that had stopped working in the middle of the Kinneret stranding two children and an adult family member.

United Hatzalah dispatched its emergency ambuboat that is stationed on the Kinneret and staffed around the clock through the summer swimming season.

United Hatzalah EMT and Chapter Head, as well as the Boat’s Captain, Yossi Oknin said: “When we arrived with the ambuboat to the location of the stalled Jet Ski we rescued two children (ages 9 and 11) from the dormant craft as well as an older family member who had been taking them on the Jet Ski. they boarded our ambuboat and we gave them cold drinking water so that they could avoid dehydration. After they were securely aboard we attached a rope to the craft and towed it to the shore as well. Upon arriving at shore we released the children who were thankfully in stable and healthy condition. Had we not been there the situation could have ended differently.”

United Hatzalah EMT Aharon Ovadiah, who accompanied Oknin on the rescue mission said: “Our Ambuboat and water rescue unit on the Kinneret is at the ready at any time day or night during the summer break. We strongly advise all swimmer and boaters on the sea to comply with the safety guidelines and protocols during their stay on the beaches and on the water. It is recommended to not enter the water on unsupervised beaches and children should not go swimming or perform any water activity without adult supervision. Also, we ask that the public adheres to public safety warnings regarding the hours when swimming on the beaches is not recommended due to the westerly winds and resulting undertow currents that pull people from the beaches into the middle of the sea.”