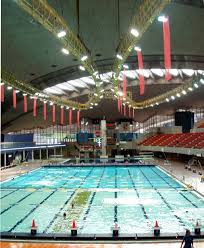 The latest salvo in the New York Times campaign against Orthodox Judaism is an editorial condemning the New York City Parks department for accommodating religious swimmers — and, for that matter any other women who prefer not to be gawked at by men while bathing — by providing women-only hours at a public swimming pool in Williamsburg, Brooklyn.

The Times complains of what it calls a “strong odor of religious intrusion into a secular space.” The classically nasty antisemitic trope of accusing Jews of emitting a distinctive odor has been in the news recently as the result of a Harvard law student asking a visiting Israeli lawmaker why she was so “smelly,” drawing a condemnation from the dean of the law school. The Times didn’t see fit to cover that story; if it had, perhaps the editorial writers would have been more careful in their word choice.

But poor word choice is only the beginning of the trouble with this editorial.

It also displays alarming ignorance of the political geography of Brooklyn. The editorial refers to Dov Hikind as “the local assemblyman.” But Mr. Hikind represents Borough Park and Midwood, not Williamsburg, which is miles away. It’s almost as if those Times editorial writers can’t tell one smelly Jewish neighborhood, or politician, from another.

Additionally — and not least — the Times editorial is massively hypocritical. Iphigene Ochs Sulzberger, the grandmother of the publisher of the Times, was from 1937 to 1968 a board member of Barnard College, a women-only institution. We’re waiting for the Times editorials calling on the federal government to cut off research funding and Pell Grant availability to Barnard, on the grounds that its doors are closed to male students. The Times complains that allowing women-only swimming for a few hours a week at one of the city’s many public pools renders the pool “unmoored from the laws of New York City and the Constitution, and commonly held principles of fairness and equal access.” What about a man who wants to attend Barnard?

The Times, in a 1997 editorial, even acknowledged, albeit grudgingly, that “it is possible that offering quality single-sex education as part of a diverse menu of voluntary choices available to all public-school children could pass muster under Federal civil rights law and the Constitution.” So single-sex math and gym classes can be acceptable, at least in theory, but if a New York woman wants to swim some laps in her bathing suit without the male gaze, the Times declares that it is prima facie unconstitutional? It’s almost enough to make a person imagine that what the Times is against is not taxpayer-funded single-sex environments, but anything that Orthodox religious Jews — most of whom, by the way, are paying taxes for public schools that they do not use — might find useful or enjoyable.

There’s one final way in which the Times editorial is hypocritical, which is its rejection of what it calls “a theocratic view of government services” or the “odor of religious intrusion into a secular space,” and its preference, instead, for what it calls “public, secular rules.” There are at least two recent instances where the Times itself pleaded for religion to influence public policy.

There was the June 2, 1962 editorial, headlined “Guilt,” in which the Times reacted to Israel’s execution of Nazi war criminal Adolf Eichmann by concluding, “The statesmanship that might help us today is found in several of the great religions. It is known to many of us as the Sermon on the Mount.”

And, as Adam White astutely pointed out on Twitter, there was a September 2015 editorial, “Pope Francis’ Challenge to America,” in which the Times delighted in the Pope’s pressing Congress to abolish the death penalty, save the environment and fight income inequality.

In other words, when it’s liberal Christian ideas influencing public policy, the Times seems to be considerably less absolutist in its opposition to theocracy. It’s only when Orthodox Jews are around that the Times turns up its nose at the “strong odor of religious intrusion.”

If anything stinks around here, it’s not the Jewish swimmers, but the ignorance and double standards of the Times editorialists.