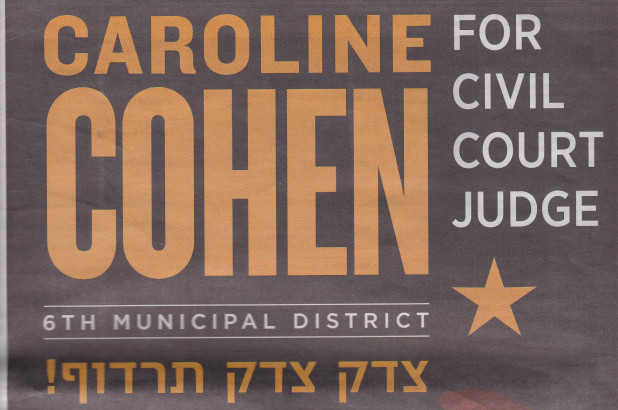 Jewish Brooklyn judicial candidate Tehilah Berman says she was robbed of victory when her Protestant opponent changed her name to Cohen to seem more kosher at the ballot box.

Lawyer Caroline Piela took the name Cohen from her husband Steven Cohen, who she married in 2006. Though she was known socially and professionally as Caroline Piela-Cohen, she didn’t officially change her name to Cohen until just weeks before she announced her campaign, advertising in Jewish newspapers with the name “Cohen” in jumbo-sized capital letters, just above the words “Tzedek Tzedek Tirdof.”

Still, Cohen denies that it was done to misrepresent her identity telling reporters “I challenge anyone who would assert that people voted for me because my last name was Jewish to look at my ground game and look at my numbers.”

Cohen won 41 percent of the vote versus Berman’s 14 percent.