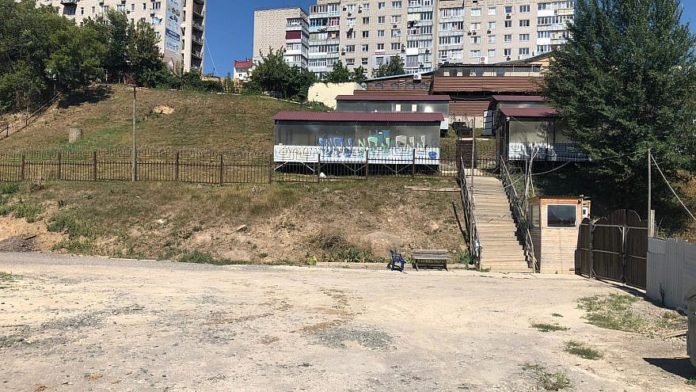 Ukrainian President Volodymyr Zelensky said on Monday that he would look into an alleged corruption saga that has reportedly been holding up the construction of a shul in the city of Uman for more than a decade.

Zelensky’s remarks came during a meeting with Duvi Honig, founder and CEO of the Orthodox Jewish Chamber of Commerce, shortly before the president held his first-ever meeting with Israeli Prime Minister Benjamin Netanyahu and other top Israeli officials.

The saga began more than 10 years ago, when Israeli businessman Yisrael Elhadad acquired a large parcel of land in Uman, near the grave of Rabbi Nachman of Breslov, the founder of the Breslov Chassidic movement.

He planned to build a massive Jewish center on the site, with a large shul and a mikvah. The need was great, he felt, as there was currently no large shul in the city, even though tens of thousands of Jews travel to the city every year on Rosh Hashanah to visit Rabbi Nachman’s grave.

The Uman City Council approved the plans, according to Elhadad, but the Town Council then refused to allow the project to proceed, allegedly demanding a $350,000 bribe. When Elhadad refused, the council rezoned the property as a public park and began doing site work, preventing the construction of the synagogue.

Elhadad and several Jewish community leaders from Ukraine asked Honig to help. On Aug. 15, led a delegation to Uman to view the site and a press conference in Kiev at the Interfax News Agency headquarters.

He also made a plea to the president, who is Jewish, to keep his promise to enabling a “Little Yerushalayim” in Uman.

On Monday, Zelensky met with Honig to discuss the crisis. Zelensky said he viewed the issue seriously and would work to restore the site to its rightful owner.

The president also said he would dispatch a delegation of aides to Uman to speak with local officials and share developments with members of the Israeli delegation.

“I would like to thank President Zelensky for his swift action and determination to fight corruption and help the Jewish community, and we look forward to a quick resolution of this matter,” said Honig.