Brooklyn, N.Y. – On June 6, Paul Ryan had a visitor in his House of Representatives’ office in Washington, D.C. Mr. Ryan was not yet the vice-presidential nominee, but was already a rising star in the Republican Party and well known in America’s capital as author of the fiscally conservative “Ryan Budget.”

Ezra Friedlander knew he had the ear of somebody important. As a non-partisan political consultant and Orthodox Jew, he wanted the Wisconsin politician to know not everyone who accepts entitlements are moochers or “professional schnorrers,” as he put it in Yiddish during an interview at his Brooklyn brownstone. Some Orthodox Jews, he explained, rely on food stamps because they spend thousands of dollars sending their five, six or seven children to religious schools rather than taxpayer-funded ones.

But Mr. Ryan would have known he had the ear of somebody important, too. Mr. Friedlander is a community leader in New York’s Borough Park, home to one of the largest Orthodox Jewish populations outside Israel. And that socially conservative sect of the Jewish population, Republican strategists believe, marks the party’s best chance at making inroads into a demographic that overwhelmingly votes for – and financially supports – the Democrat Party.

“Nobody, not even Republican partisans like myself, thinks the Jewish vote is going to a majority for the Republican candidate in the near future,” said Tevi Troy, a Mitt Romney advisor who helped George W. Bush get elected in 2004 with the largest margin of Jewish voters since 1988.

“But could it move? Yes.

Jews made up just 2% of voters in 2008 and only a small percentage of them, somewhere around 5%, are persuadable. But in a competition that could end in an electoral-college tie, their support in prize battlegrounds could prove invaluable.

And the stars could be aligned for a Republican pick-up this time around: President Barack Obama failed to visit Israel on his 2009 Middle East tour and, in the eyes of some, snubbed Israeli Prime Minister Benjamin Netanyahu in New York this fall; the Democrat Party removed Jerusalem as the Israeli capital from its platform and only reinstated it at their convention after an oral vote heavy on “boos;” the president has refused to draw a clear red line on Iran’s nuclear program and, of course, the economy tanked.

In 2008, there was only Rabbis for Obama. Today there is Rabbis for Romney, too.

“This is not the Democrat Party of old,” said Rabbi Bernhard Rosenberg, who launched Rabbis for Romney this fall to counter the perception all Jews support Democrats.

“The question is, when you’re voting Democrat, are you voting for the Jews or against the Jews? For Israel or against Israel?”

Rabbi Rosenberg’s support for the Republican candidate runs far deeper, though, than the matter of Israel. For many Jewish voters, Israel is actually low on the radar because they know it is U.S. policy to ally strongly with the country, no matter who is in office. 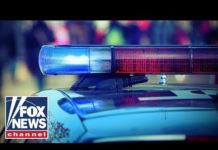 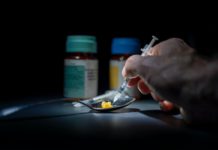 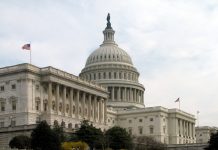