To judge by his appearance, you’d think he’s an Orthodox, maybe even Chareidi, Jew. He sports a large kippah and a full beard, and presents himself to the unsuspecting as Rabbi Ariel Kilmer.

But a closer look at English-language missionary publications reveals that this “rabbi” is actually a card-carrying missionary who preys on innocent Jews, working day and night to convince them to leave their faith.

In recent years, Kilmer succeeded in making inroads at Kibbutz Merhavia, in the Jezreel Valley, whose roots date back 100 years. What is known as “the great courtyard,” the original compound of buildings from which settlement efforts were launched for the entire Jezreel Valley, became a beehive of missionary activity.

“Over the past few months there have been seminars taking place, with local believers, on the subject of sanctification,” writes a missionary who calls himself Ephraim. “Consequently, some have been healed of various diseases and emotional traumas. Their testimonies have gone out to family and friends, resulting in a seminar for non-believers that we have just embarked on. There are also several groups from overseas that are planning to come in the next few months to hold teaching seminars and tours. We are also hoping to host Messianic musicians for concerts in the ‘great courtyard.’ ”

After receiving a string of complaints about events in Merhavia, Yad L’Achim investigated the phenomenon and learned how the missionaries operate. First, they identify the potential victim – usually someone who is struggling financially, lonely and in need of human contact and support. They shower these down-and-outers with material blandishments, causing them to return again and again to Merhavia, where they are subjected to intensive missionary brainwashing. The process concludes with a baptism to Christianity.

“Rabbi” Kilmer is assisted in his efforts by none other than Reuven Rosenblum, a resident of Upper Nazareth who started frequenting the shul in Merhavia after the shuls in his hometown expelled him. Rosenblum is careful to maintain a strictly Chareidi appearance and prays three times a day, providing cover for his activities and helping him gain the confidence of a long list of innocent victims.

In the past week, Merhavia residents were outraged to discover the full extent of the missionary activity taking place under their very noses. A scan of missionary literature revealed that Kilmer was a certified priest and that he and Rosenblum received fulsome praise for their missionary activities. As a result, the two have been banished from Merhavia.

Yad L’Achim chairman Harav Shalom Dov Lifschitz said this week that “the terrible story in Merhavia goes to show how serious and destructive can be the actions of innocent-looking people who turn out to be missionaries.”

Rav Lifschitz called on people to be cautious and to open their eyes to questionable figures who show up and begin working with weaker populations.

He reissued his call for legislation to toughen the anti-missionary laws as a means of protecting the Jews of Israel. 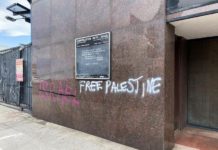 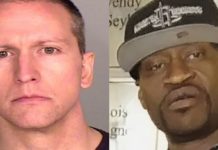