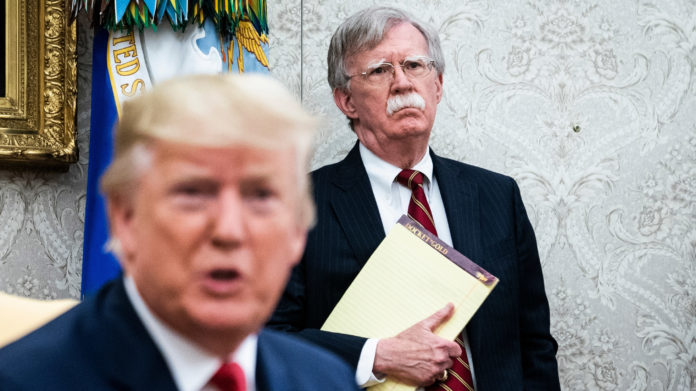 John Bolton, the former national security advisor, has said he will not vote for Donald Trump at the November election and hopes history will remember him as a “one-term president who didn’t plunge the country irretrievably into a downward spiral.”

In an interview with ABC News to promote his book, The Room Where It Happened, Bolton, who was Trump’s longest-serving security adviser, says that when he joined the administration he “had confidence going in that many of the stories were distorted. That turned out not to be right”.

Read more at THE GUARDIAN.