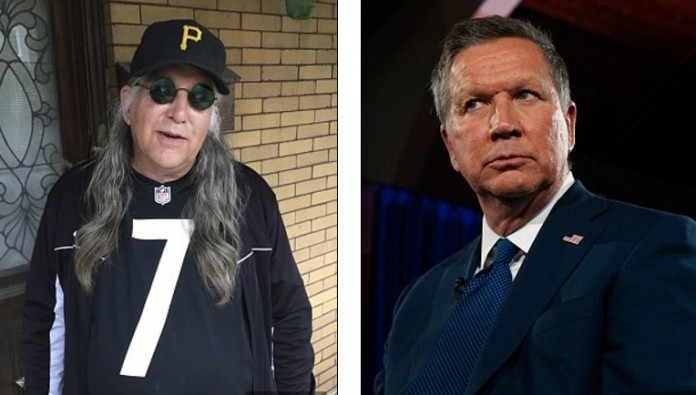 On the campaign trail he is known as the nice-guy candidate, but it seems that John Kasich’s family history is not so rose-tinted.

Despite often mentioning brother Richard’s struggles with depression during stump speeches, it has been revealed that the Ohio governor didn’t speak to his younger sibling for almost two decades.

According to Richard, who spoke to the New York Times, John vowed to having ‘nothing to do with me’ amid a bitter row over their inheritance after their parents died in a car crash.

John and his wife Anne were killed in 1987, both aged 67, as they pulled out of a Burger King in their hometown of McKees Rocks, Pennsylvania, when their car was hit by a drunk driver.

Richard says that in their will the pair left primary control of their estate to John, fearing that he was not mentally capable enough following his diagnosis with bipolar disorder, then known as manic depression. Read more at THE DAILY MAIL.