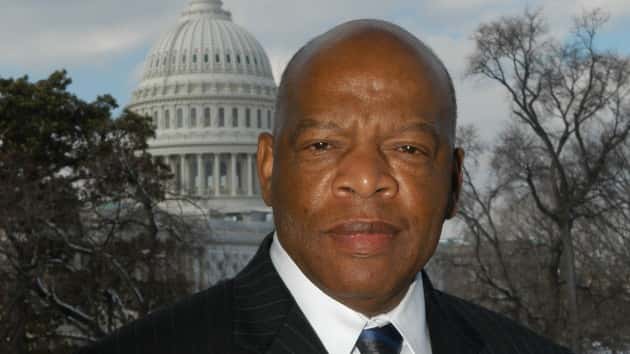 John Lewis, a civil rights leader who was one of the original Freedom Riders, helped organize the 1963 March on Washington and the voting-rights march in Selma, Alabama, and became a leading liberal voice for decades in the U.S. House of Representatives, has died. He was 80.

Lewis was an “outspoken advocate” for equal justice in the U.S. and dedicated his life to nonviolent activism, his family said in a statement which didn’t mention the cause of death. He said last December that he would begin treatment for advanced pancreatic cancer.

“I have been in some kind of fight – for freedom, equality, basic human rights – for nearly my entire life,” Lewis said then. “I have never faced a fight quite like the one I have now.”

Lewis, who bore scars from being beaten during some of the seminal civil rights protests, was one of the six main organizers — including the Reverend Martin Luther King Jr. — of the Washington march where King gave his “I Have a Dream” speech at the Lincoln Memorial. Lewis was the youngest speaker at the event.

He brought that same sense of moral responsibility to his work in Congress, including his decision to support the impeachment of President Donald Trump in late 2019.

“When you see something that is not right, not just, not fair, you have a moral obligation to say something. To do something,” Lewis said. “Our children and their children will ask us, ‘What did you do? What did you say?’ For some, this vote may be hard. But we have a mission and a mandate to be on the right side of history,” he said.

A son of sharecroppers in Alabama, Lewis received the Presidential Medal of Freedom, the nation’s highest civilian honor, from President Barack Obama in 2011. Two years earlier, he was awarded the Spingarn Medal by the NAACP, among many accolades for his civil rights and congressional work.

“In the Congress, John Lewis was revered and beloved on both sides of the aisle and both sides of the Capitol. All of us were humbled to call Congressman Lewis a colleague, and are heartbroken by his passing. May his memory be an inspiration that moves us all to, in the face of injustice, make ‘good trouble, necessary trouble,” House Speaker Nancy Pelosi said in a statement.

Lewis’ books describe the arrests, sit-ins, and marches that led to breaking down the barriers of racial discrimination during the 1950s and 1960s. In the 1961 Freedom Rides, Black and White civil rights activists rode buses together through the South in an effort to end segregation in public transportation facilities after the U.S. Supreme Court had outlawed it. In Montgomery, Alabama, Lewis was hit in the head with a wooden crate.

“It was very violent,” he said in a 2001 interview with CNN on the 40th anniversary of the rides. “I thought I was going to die. I was left lying at the Greyhound bus station in Montgomery, unconscious.”

Lewis was chairman of the Student Nonviolent Coordinating Committee from 1963 to 1966. His prominent role in the voting-rights march from Selma to Montgomery was portrayed in the 2014 movie “Selma.” On March 7, 1965, a day that would become known as “Bloody Sunday,” Lewis and fellow activist Hosea Williams led more 600 marchers across the Edmund Pettus Bridge in Selma. Mounted police charged the demonstrators, beating them with night sticks. Lewis suffered a fractured skull.

In 2015, Lewis, Obama and scores of members of Congress joined a reenactment of the march to mark its 50th anniversary. In a statement after Lewis’ death, Obama said they both had recently been in a virtual forum with young activists who were leading demonstrations after the death of George Floyd while in custody of Minneapolis police.

Even after more than 40 arrests, physical attacks and injuries, Lewis continued to advocate the philosophy of nonviolence, according to his congressional biography.

In 2016, he led dozens of Democrats in an unprecedented sit-in inside the House chamber to protest a lack of action by his colleagues on gun control after the killings of 49 people in a gay nightclub in Orlando, Fla.

Lewis co-wrote with Michael D’Orso a 1998 autobiography, “Walking With the Wind: A Memoir of the Movement,” which was a national bestseller. In 2012, Lewis released a memoir “Across That Bridge,” written with Brenda Jones. The following year, he wrote a comic-book trilogy with two co-authors titled “March,” which tells the story of his lifelong struggle for civil rights.

John Robert Lewis was born Feb. 21, 1940, near Troy, Ala., to Willie Mae Carter and Eddie Lewis. He graduated from the American Baptist Theological Seminary and Fisk University, both in Nashville, where he organized sit-ins at segregated lunch counters.

He helped create SNCC in 1963. After leaving that group three years later, he worked with community organizations and was named community affairs director for the National Consumer Co-op Bank in Atlanta.

He served as associate director of Action, the federal volunteer agency that oversaw the Peace Corps, during President Jimmy Carter’s administration. In 1981, Lewis was elected to the Atlanta City Council, and in 1986 he won his seat in the U.S. House, where he served for more than three decades.

In Congress, Lewis spent 15 years promoting legislation to create a national museum to commemorate Black history. The bill was signed into law in 2003, and the National Museum of African American History and Culture opened in 2016.

He served in a Democratic leadership position responsible for keeping party members in line on key votes. Lewis has touted Social Security as “one of the most successful and effective government programs ever implemented,” and he opposed the U.S. war in Iraq.

Lewis boycotted the inaugurations of George W. Bush and Trump, saying he didn’t consider their elections in 2000 and 2016 to be the result of a free democratic process. Both presidents lost the popular vote. Trump responded on Twitter that Lewis was “all talk” and “no action or results.”

The Georgia representative waited until September 2019 to join calls for Trump’s impeachment, and his eventual support contributed to momentum within the Democratic Party to take such a politically fraught step. He described the moment as a time when members of Congress should be “moved by the spirit of history to take action to protect and preserve the integrity of our nation.”

Upon word of the congressman’s death, both fellow Democrats as well as Republicans paid tribute.

“We have lost a giant. John Lewis gave all he had to redeem America’s unmet promise of equality and justice for all, and to create a place for us to build a more perfect union together,” Bill Clinton and Hillary Clinton said in a joint statement.

“Our great nation’s history has only bent towards justice because great men like John Lewis took it upon themselves to help bend it. Our nation will never forget this American hero,” Senate Majority Leader Mitch McConnell, R-Ky., said in a statement.

The Congressional Black Caucus said it had “lost our longest serving member.”