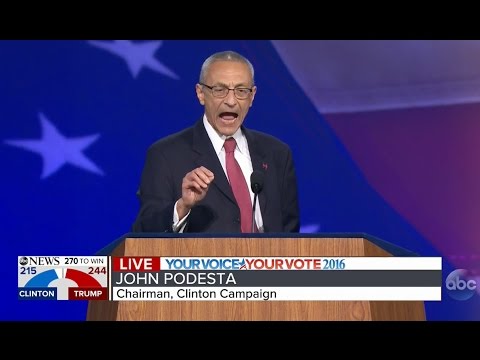 Hillary Clinton will not speak on Election Night in was expected to be a victory speech at the Javits Center in Manhattan, her campaign chairman John Podesta told the severely diminished crowd a shortly while ago.

“They’re still counting votes. Every vote should count,” Podesta said. “Several states are too close to call. So we’re not going to have anything more to say tonight.” He urged the crowd to head home, and said the campaign will have “more to say” on Wednesday. “She’s done an amazing job, and she is not done yet,” he continued. As of 2:00 a.m. EST, Trump was well ahead of Clinton in the Electoral College, having won key states including Florida, Ohio, North Carolina and Pennsylvania.