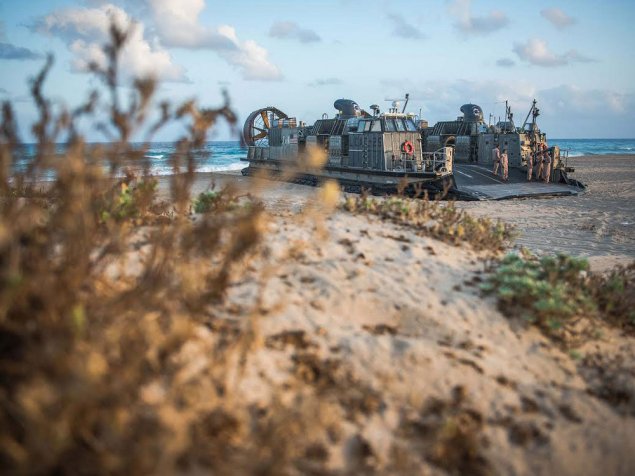 US Marine Corps fighters and Israeli commandos from the navy’s most elite unit conducted a joint exercise simulating a multi-pronged raid on enemy shores.

According to a Walla report, the point of the exercise – called CAYA Green (for “come as you are when you get the green light”) — was for the Israeli Shayetet 13 commandos to storm the beach clandestinely, under stormy weather conditions, and to secure it for a raid by Marines under fire.

The drill involved the transfer of fighters, jeeps and special equipment from ship to shore — from where the troops were to create maneuver room to move deep into the “enemy zone.”

The joint exercise made use of the amphibious American warship and troop carrier The San Antonio, as well as helicopters and armored vehicles.

A high-ranking Israeli naval officer told Walla that the fighters of Shayetet 13 who participated in the drill “were exposed to the many capabilities of the US Army, among these expertise in combat, raids, medical procedures (including surgery), the overtaking of a ship and logistics.”

He added that some of the equipment employed by the American soldiers is familiar to the Israelis, but some “we’ve only seen in movies.”

Walla suggested that the drill — the location of which was not disclosed — could constitute a warning “message to Hezbollah.”

This was not the only joint Marines-IDF exercise conducted recently. As JNS reported on a Channel 2 broadcast on Thursday, a live-fire drill called Noble Shirley 2016 was held last week in southern Israel, aimed at practicing counterterrorism techniques against ISIS.