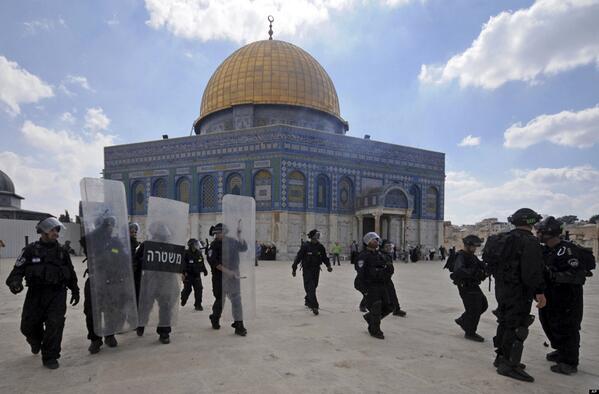 Hamas and the Islamic Jihad also condemned the action by security forces, blaming Israel for the violence

Jordan on Sunday sent a formal protest to the Israeli government over its decision to allow religious Jewish activists to visit the Har Habayis complex on Yom Yerushalayim, warning it could lead to a fresh round of violence.

“We strongly condemn the continuation of the Israeli violations at the Al-Aqsa (Mosque) by extremists who have the backing of the security forces,” the Jordanian Foreign Ministry said.

Amman also warned that the “dangerous consequences of the provocative Israeli policy could lead to a new escalation of violence that would threaten the entire region.”