A Manhattan judge ruled Wednesday that there’s nothing “outrageous” about throwing the president’s supporters out of bars — because the law doesn’t protect against political discrimination.

Philadelphia accountant Greg Piatek, 31, was bounced from a West Village watering hole in January 2017, just after Trump took the oath of office, for wearing a “Make America Great Again” cap, according to his lawsuit over the incident.

“Anyone who supports Trump — or believes in what you believe — is not welcome here! And you need to leave right now because we won’t serve you!” Piatek claims the staff of The Happiest Hour on West 10th Street told him after he and his pals complained about the rude service they were getting from a bartender.

But on Wednesday, when the bar’s lawyer, Elizabeth Conway, pointed out that only religious, and not political, beliefs are protected under state and city discrimination laws, saying, “supporting Trump is not a religion” — Piatek pivoted. 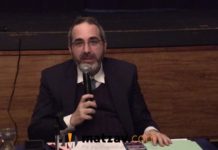 Over 200 Principals, Teachers, Administrators and Parents Attend Security and Grant Consultation in Lakewood 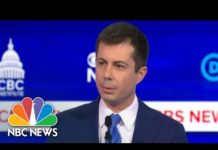 Watch: Highlights of the South Carolina Democratic Debate in 5 Minutes