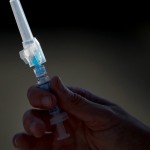 Five mothers sued last month. They argued that the 2013 Department of Health and Mental Hygiene rule was invalid because it wasn’t voted on by the Legislature. They also argued they would be excluded from certain types of preschools if they chose not to get their children immunized.

The requirement only applied to certain types of child care facilities. Under the rule, operators who didn’t enforce the vaccine for children between 6 and 59 months could have been fined.