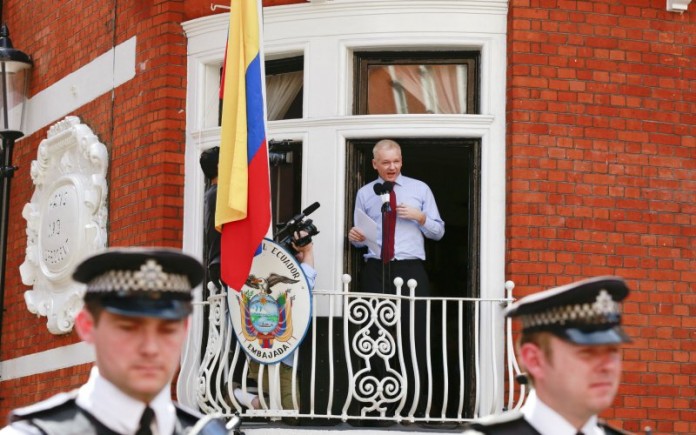 WikiLeaks founder Julian Assange said he will leave the Ecuadorian embassy in London and surrender to British police on Friday if a United Nations investigation does not rule that he is being illegally detained.

Assange has been holed up in the embassy since Swedish authorities sought his extradition in 2012. He has not been charged with any offense, but is wanted for questioning in connection to assault allegations made against him by two people in Sweden.

Assange presented his case to the UN in a last-ditch legal effort to fight the European extradition system, arguing his detention is arbitary, unlawful and prevents him from accessing the benefit of the asylum granted to him by Ecuador.

The UN working group on arbitrary detention is expected to announce a ruling on Friday. Read more at the Guardian.