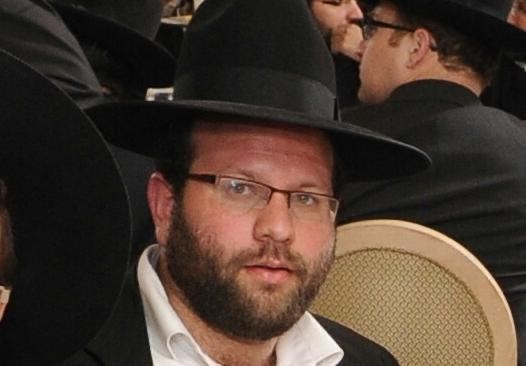 Losing one’s child is the worst thing that can happen to a mother. Unfortunately, Rebbetzin Esther Waldstein knows this all too well.  When her infant daughter died from cancer, Rebbetzin Esther Waldstein’s world collapsed. If not for the support of her loving husband, Rabbi Pinchas Waldstein, she would not have been able to go on. Being able to share her pain with him brought some level of consolation to her and she was able to nurture her 7 surviving kids who had just lost their beloved sibling and who now needed her more than ever . But then the unthinkable happened and the one pillar in her life which gave her strength was taken from her.

Last month, Rabbi Waldstein, who was only 35, succumbed to the dreaded covid 19 disease, leaving his already broken heart widow to pick up the shattered pieces of her family’s life all by herself. At the same time, she lost her husband’s income and her kindergarten teaching job is no longer enough to support her large family. Knowing that her children depended on her meant she didn’t have the luxury to take the time to properly grieve and she is working hard to support the family, even though she is numb inside. Even so, the family is on the verge of impoverishment and she needs help to save her family before she collapses and is unable to continue.

Her 7 kids have already lost their sibling and father; they don’t want to lose their mother too. Esther Waldstein is broken-hearted, but being able to feed her kids properly in the next few weeks will help relieve the pain, allowing her to rebuild her family again. The Mitzvah of helping a widow is meritorious and Hashem listens to their cries. The tefillah of a broken window on behalf of her saviors before Rosh Hashana has the power to transform the coming year into a Shana Tova. All donations are tax deductible. Click here to learn more.