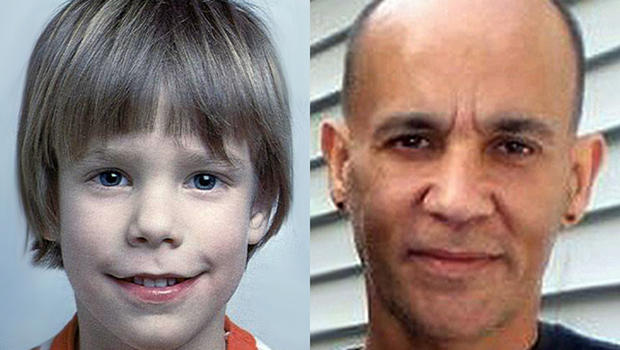 Nearly four decades after the disappearance of 6-year-old Etan Patz, a jury has convicted a man in the 1979 murder-kidnapping in which no body has ever been found.

After nine days of deliberations, a jury on Tuesday convicted 56-year-old Pedro Hernandez of killing Patz, according to the Associated Press. Hernandez worked at the bodega near the bus stop where Patz was last seen and gave an unexpected confession to investigators in 2012. However, his first trial ended in a hung jury in 2015.

Etan was last seen on a Friday in May 1979. He was ready for his first solo trip to his school bus stop in New York City’s Soho neighborhood. He had a Future Flight Captain cap on his head and a dollar in his pocket to buy a soda at a bodega on the way.

But he never made it back home.

Instead, Etan became the face of one of the best-known missing child cases in New York’s history. He was one of the first children to appear on the side of a milk carton. And the day he disappeared – May 25 – was later designated National Missing Children’s Day.

In the 1980s, Jose A. Ramos, a convicted child abuser, became the prime suspect and remained as such for years. Twice a year – on Etan’s birthday and on the date of his abduction – his father used to send Ramos a copy of the missing child poster with a note scribbled on the back: “What did you do to my little boy?” Then, in 2012, Etan’s case took another turn.

On May 24, 2012, almost exactly 33 years after Etan’s disappearance, investigators announced a new suspect: Pedro Hernandez. Hernandez worked at the bodega and, investigators said, he told police that he had bribed the boy with a soda to get him into the building’s basement, where he allegedly choked the boy and hid his body in a bag, which he put out with the trash. He was charged with second-degree murder and first-degree kidnapping.

“He was remorseful, and I think the detectives thought that it was a feeling of relief on his part,” New York City Police Commissioner Raymond Kelly told reporters at the time, according to The New York Times. “We believe that this is the individual responsible.”

In 2015, the Etan Patz case was thrust back into the national spotlight as 12 jurors holed up for more than 100 hours trying to determine who was responsible for the boy’s disappearance and death.

For one juror, Hernandez’s purported confession seemed suspicious. And the judge in the case was forced to declare a mistrial when, for the third time, jurors failed to reach a verdict.

“For me, his confession was very bizarre,” Sirois said after the mistrial, according to The New York Times. “No matter how many times it happened, it got more and more bizarre.”

For Sirois, Hernandez’s mental health was a “huge” factor in his decision. For years, Hernandez’s attorneys have said that he has schizophrenia, a mental disorder that includes hallucinations and delusions. They said his IQ is in the “borderline-to-mild mental retardation range.”

A psychiatrist testified that Hernandez’s admission could have been a delusion, Newsday reported.

“For me, the whole case kind of hinges on mental health, which factors into what I think are the false confessions – or at least the likelihood of false confessions being made by him,” Sirois said in an interview with the New York Post. “You’d have to believe that the mental-health issues are strong enough to allow someone like Pedro to make this false confession, and I really felt that’s what happened with Mr. Hernandez.”

Indeed, legal experts have pointed out problems with confessions from the mentally ill. They’re more likely to admit to a crime when under pressure from police, for instance, regardless of whether they committed the crime, according to the National Coalition to Abolish the Death Penalty. In addition, they may not understand their rights and, therefore, are less likely to request legal representation, according to the advocacy group.