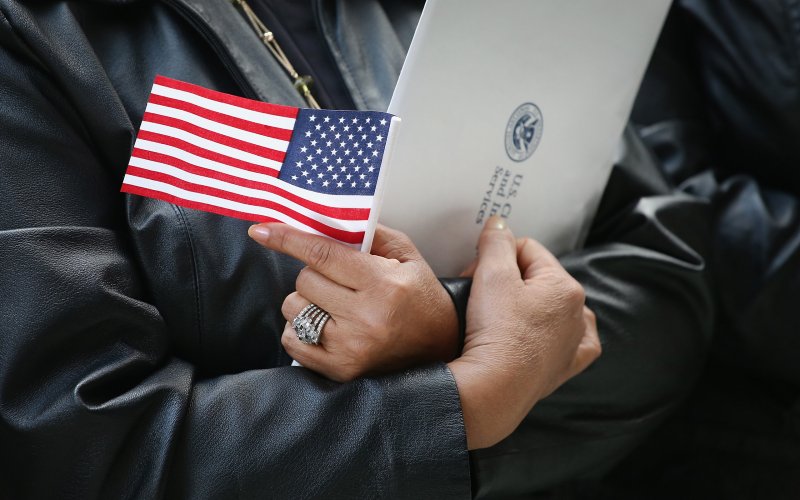 The U.S. will remain open to refugees and visa holders from seven Muslim-majority countries while the Trump administration fights to reinstate a travel ban in the name of national security.

A San Francisco-based appeals court on Thursday spurned the government’s request to close the doors after days of public debate over President Donald Trump’s attacks on the judicial system and a rush of fearful immigrants. The ruling increases the likelihood that the administration will ask the Supreme Court to step into a case that’s the biggest test of Trump’s executive power yet.

The panel’s ruling in favor of immigrants is a victory not only for Washington and Minnesota — the states that sued — but for Facebook Inc., Google Inc. and Microsoft Corp., which said in court papers that the measure would hinder their global businesses.

“The courts seem to be so political,” Trump said in a speech on Wednesday. “It’s so sad.” Traditionally, presidents have shied from commenting on active cases for fear of being accused of trying to influence judges.

Trump’s Jan. 27 executive order followed campaign promises to stop Muslims from entering the country and roiled world politics. It shut out citizens of Iran, Iraq, Libya, Somalia, Sudan, Syria and Yemen, which Trump argues nurture enemies of the U.S. The government recommended that more than 1,200 people not be allowed on flights and revoked about 60,000 visas.

The appeals court refused to reinstate Trump’s order after a Seattle judge halted enforcement while courts decide whether it’s constitutional.

The executive order has been the most consequential act of a young and aggressive administration that wants to minimize America’s engagement with the world. Trump and his advisers see Islamist terrorism as a threat best defused by halting the flow of people who might be secretly planning attacks.

The president’s action initially denied entry to an Iraqi who helped U.S. military, professors at University of Massachusetts and a student seeking to bring her daughter for medical treatment. The ban set off angry protests nationwide and attracted a flurry of lawsuits and adverse rulings.

None was more sweeping than that of U.S. District Judge James Robart in Seattle. Washington and Minnesota won the order temporarily blocking the ban nationwide after arguing it hurt their residents and employers including Microsoft, Amazon.com Inc. and the Mayo Clinic.

The fight is far from over. The court battle so far has focused on whether the president’s order should be paused while courts weigh larger issues. Robart already ordered both sides to submit additional arguments focusing on the substance of the case: whether the states have a right to sue and whether Trump’s order discriminates against Muslims.