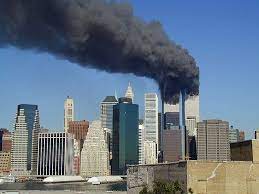 Although not admitting guilt, the Justice Department on Tuesday settled a lawsuit from six men who say they faced unreasonable jail conditions while detained as suspects for the Sept. 11, 2001 attacks, the Associated Press reports.

The men, who were detained without terrorism charges and ultimately let go, accused federal officials of imprisoning them in restrictive and abusive conditions in the decades-old suit. In a rare move, the Justice Department agreed to pay $98,000 split equally among the plaintiffs, saying that the men were “held in excessively restrictive and unduly harsh conditions of confinement and a number of individuals were physically and verbally abused by certain MDC officers.”

One of the men, Benamar Benatta, said the settlement left the door open for future mistreatment from federal officials. “I don’t believe justice is properly served, considering the detrimental consequences the defendants’ actions have had on my life. I can’t help but feel let down by the whole judicial system,” he said. Read more.