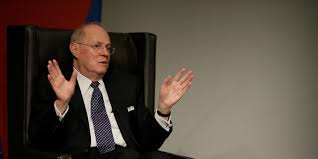 Justice Neil Gorsuch has been on the bench for less than a month and conservatives are already preparing for the next Supreme Court confirmation fight.

Friends and associates believe Kennedy is seriously considering retirement. In general, the burdens of age and demands at the court weigh in one direction. His deep interest — and leading role — in America’s constitutional democracy weigh in the other. The question appears not to be whether Kennedy will retire soon, but when — at the end of this June, or next?

Two weeks ago, Senate Judiciary Committee Chairman Chuck Grassley said he expected another resignation this summer. “I have no way of knowing who it is, it’s just a very general rumor for the last six months around Washington, DC and I assume it’s somebody in their late seventies or early eighties,” Grassley told reporters.