Justice Ruth Bader Ginsburg has undergone radiation treatment for a malignant tumor found on her pancreas, the Supreme Court disclosed Friday. It is her second treatment within a year for the disease.

The court said the treatment began earlier this month, and has been completed.

“The tumor was treated definitively and there is no evidence of disease elsewhere in the body,” the court’s spokeswoman said in a statement. “Justice Ginsburg will continue to have periodic blood tests and scans. No further treatment is needed at this time.”

Ginsburg last December had part of a lung removed after cancer was discovered there. For the first time, the 86-year-old justice missed a monthly sitting of the court, although she kept up with oral arguments and wrote a decision from a case argued that month.

She has said since that her health is fine, and that she intends to continue to serve.

Here is the court’s statement:

“Justice Ruth Bader Ginsburg today completed a three-week course of stereotactic ablative radiation therapy at Memorial Sloan Kettering Cancer Center in New York City. The focused radiation treatment began on August 5 and was administered on an outpatient basis to treat a tumor on her pancreas. The abnormality was first detected after a routine blood test in early July, and a biopsy performed on July 31 at Sloan Kettering confirmed a localized malignant tumor. As part of her treatment, a bile duct stent was placed. The Justice tolerated treatment well. She cancelled her annual summer visit to Santa Fe, but has otherwise maintained an active schedule. The tumor was treated definitively and there is no evidence of disease elsewhere in the body. Justice Ginsburg will continue to have periodic blood tests and scans. No further treatment is needed at this time.” 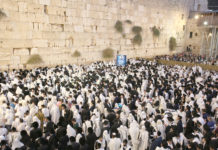 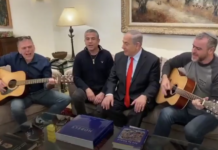 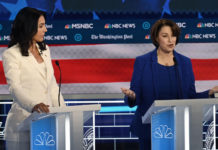 Klobuchar Says English Should Not Be U.S National Language