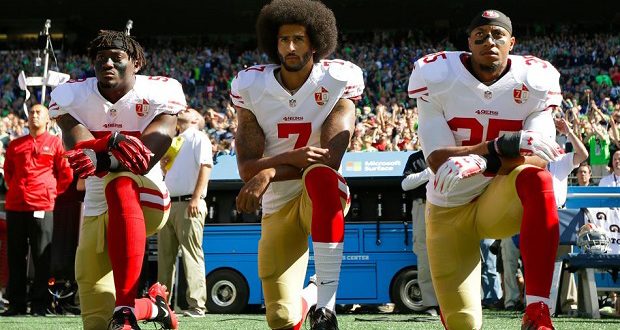 Along with a video showing images of the Ku Klux Klan, police brutality, slavery and lynchings, Kaepernick wrote: “Black ppl have been dehumanized, brutalized, criminalized + terrorized by America for centuries, & are expected to join your commemoration of ‘independence’, while you enslaved our ancestors. We reject your celebration of white supremacy & look forward to liberation for all.”

Kaepernick, 32, started kneeling for the national anthem before NFL games in 2016 to protest racial inequality and police brutality and has been a free agent since his 49ers contract expired in 2017.