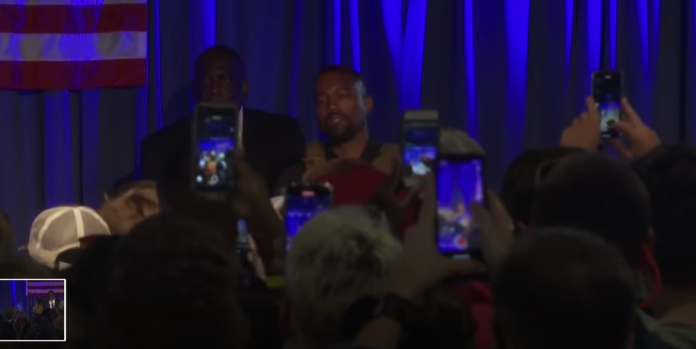 Rapper Kanye West hit the campaign trail Sunday, addressing supporters at a rally in North Charleston, South Carolina. While discussing his platform, the rapper-turned politician touched on his views on abortion, which he held should remain legal, instead favoring massive financial incentives to women who carry their children to term.

West suggested women should receive a million dollars for each child, saying the plan could be implemented globally, suggesting that Israel could fund the program in Africa.

“Israel in Africa – that would fund a concept like this.”