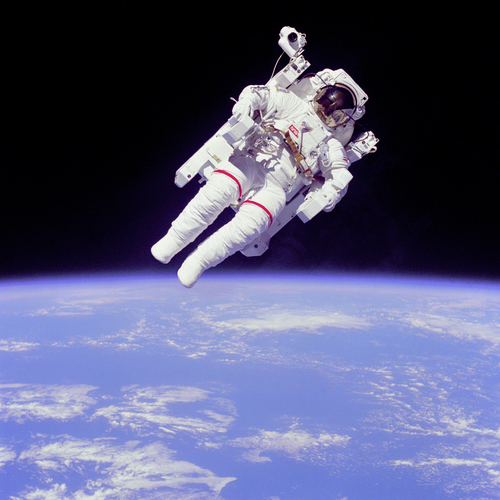 Posek for the Bais HaVaad, Lakewood

A recent article in the Wall Street Journal reported that U.S. officials are close to approving the first commercial space mission, establishing a precedent for other companies eager to send flights outside of Earth’s orbit. It is likely that Moon Express, a startup from Cape Canaveral, Florida, will soon receive “mission approval” from the Federal Aviation Administration, allowing it to fly its 20-pound package of scientific hardware to the moon in 2017.

Not only that, but it is possible that the field of commercial space tourism will be open to the public as early as 2018. All those people who have already toured Australia, China, Africa, Scandinavia, and India will not have to resort to same-old, same-old when it comes to vacationing, but they can gear up for a new frontier: outer space!

Do you have a friend who is in the market for a new job? Perhaps he would appreciate a career that is not only out-of-the-box, but out-of-this-world. Or maybe you have a friend who is looking for a really “stellar” vacation. If so, why not have the first friend contact Moon Express for a job, and the second get in touch with one of the companies working on commercial space tourism to find out about tours and hotels in space.

Then again, maybe not. For above all else, we must take into account the complex halachic questions that such a job or vacation can bring to the fore.

One Giant Leap for… Shabbos

Shortly after Neil Armstrong took “one small step for man” during the first manned lunar mission in 1969, halachic issues related to space travel were already under discussion in the sefer HaAdam Al HaYareach (Man on the Moon), written by Rabbi Menachem Kasher. Years later, Rav Shlomo Zalman Auerbach reviewed a halachic discussion regarding the observance of Shabbos in outer space, but then advised not to print it since, in his words, those who travel to outer space are not seeking halachic guidance.1

However, all this changed in 2002, when the Israeli astronaut Ilan Ramon asked Rabbi Zvi Konikov of Satellite Beach, Florida, how —and when — to observe Shabbos in outer space.2

All in a Day’s Work?

Whatever our plans, before we begin discussing Shabbos observance in outer space, we must first attempt to define the halachic day. Indeed, this would be of benefit for the overwhelming majority of my readers, who happen to reside along with me on Planet Earth.

Is a day a period of 24 hours? As such, do the rising and setting of the sun mark the boundaries of the day, but not define it? Or, perhaps, do the rising and setting of the sun define a day? This differentiation is relevant for an astronaut orbiting the earth; he may experience 16 sunsets in a 24-hour period! Accordingly, does he pray the evening prayers 16 times in 24 hours? The distinction is also important for someone in the polar region where the sun may be visible for months at a time; is that time period considered one long day?

Rabbi Eliezer Ashkenazi3 elaborates on how to understand the days, as described in the Torah in the beginning of Bereishis. The Torah describes the creation of the earth, including the first “day,” which transpired prior to the creation of the sun. In the context of this discussion, Rabbi Ashkenazi writes that one who finds himself in the polar region should observe Shabbos after seven rotations of the earth, even though he did not experience seven sunsets.

The Talmud in Maseches Chagigah4 quotes Rav Yehuda in the name of Rav, who said that one of the ten things that were created on the first day of creation was the measure of day and night. Rashi explains that this is referring to the 24 hours between the two of them, meaning between day and night. Divrei Yatziv5 writes that the words of Rashi lend support to the opinion that in the polar region a day is defined as the passage of 24 hours, even without a real day or night. However, Divrei Yatziv then writes that this seems to be a subject of dispute between various Midrashim, raising the question of whether days or years actually occur in the absence of movement of heavenly bodies to delineate time.

Radal6 suggests that perhaps one who is in the polar region should not count every 24 hours as a day, but that only an actual sunset marks a day. This would mean that a “day” can continue for many months. As support for this position, he cites the Midrash that the sun stood still for Yehoshua7 so that he would not transgress the Shabbos. This implies that even though more than 24 hours passed from the start of the sixth day, it was not considered Shabbos since the sun did not actually set.8 Rabbi Halperin9 points out that according to this reasoning, the passage of months could take many years; this would have a profound effect on the observance of holidays in those neighborhoods!

We are still left with the question regarding an astronaut who is revolving around the earth and experiencing 16 sunsets in a 24-hour period. Does he count each sunset as the end of another day, or only each period of 24 hours?

We find in the Talmud Shabbos 10 that Rav Huna said: One who is traveling in the desert and does not know which day is Shabbos counts six days and observes the seventh. In a further discussion, we are told that such a person may only perform work that is necessary to maintain his life; this is equally true of the six days as of the seventh, which he observes as his Shabbos. His Shabbos is only distinct because that is when he recites Kiddush andHavdalah. Rashi comments that Kiddush and Havdalah on the seventh day are only recited as a remembrance— so that he should not forget the concept of Shabbos.

Based on this passage in the Talmud, Rav Yaakov Emden11 writes that one who is in the Arctic or Antarctic region, where the polar day or night lasts for many weeks, should count days of 24 hours from the time he arrived there; he should then observe each seventh day as Shabbos. Similarly, he writes that a traveler who circumscribes the globe should observe every seventh day as Shabbos.12 Only when returning to the original point of departure is one to cease his personal count and to revert to observing Shabbos on the same day as the members of that community. According to Rav Emden, there is an “individual” Shabbos, which each person counts, and an absolute and universal Shabbos, which is in accord with the day of Shabbos in Eretz Yisrael.

On a Wing and a Prayer:

This brings us to another question: If every period of 24 hours constitutes a day for the purpose of the observance of Shabbos — which is dependent on the passage of seven days — is this also true regarding prayer? The daily prayers are ordered according to the times of day; we have morning prayers, afternoon prayers, and evening prayers. One who experiences a day without these phenomena (of morning, afternoon, and evening) may not be obligated in these prayers. Nevertheless, he ought to observe these as a remembrance,15 just as a traveler is to recite Kiddush as a remembrance, asRashi writes.

Zoning In and Out:

Rabbi Halperin argues that Torah life is predicated on a day of approximately 24 hours; thus, he says that it is not likely that halachah would require someone to pray the three daily prayers 16 times in a 24-hour period, even if he experiences that many sunrises and sunsets within that amount of time. Similarly, Rabbi Halperin rejects the idea that one who is traveling in outer space should observe Shabbos according to the area he is over at that time, since that would result in a “Shabbos day” that begins and ends in a matter of minutes as he flies in, out of, and back into a “Shabbos zone.”

It is worth pointing out that this last argument is not specific to one who is in outer space. Even one who is traveling the globe on a super-fast train would be traveling in and out of Shabbos. It would seem absurd to say that such a person need not observe Shabbos at the same time as the stationary residents of the towns he is passing through. However, one may still question whether one who is quite a distance from the earth is considered as if he is located in the area of Planet Earth over which he finds himself.16

According to Rabbi Halperin, the entire concept of days and months does not apply in outer space. Thus, strictly speaking, neither Shabbos nor tefillahwould be obligatory in outer space. Nonetheless, he maintains that bound observances would remain an obligation as a remembrance, just as they obligate a desert traveler.

Back Down to Earth

All these lines of argument are speculative; there seems to be no clear halachic ruling regarding these matters. One thing is clear: Space travel should not be undertaken for trivial reasons, especially when Shabbos is part of the schedule.

So though the job offer in outer space seemed very enticing, I guess our dear friends will have to find another job right here, on boring Planet Earth— and preferably not on the North Pole either. Ditto for tourists.

8 Radal himself offers that we may distinguish between a case where the entire world did not experience an advance of the sun, and one where only the polar region did not observe a sunset.

12 and not regard any dateline

13 Supports for the position of Rav Yaakov Emden can be found in a response of the Radvaz (Shu”t Radvaz 1: 76) who wrote that the counting of days for Shabbos is an individual count. This, he writes, is why the Talmud states that a traveler makes his own count, and how it is that different parts of the globe observe different days of Shabbos.

14 See Divrei Yatziv, who makes a similar point, and the words of Rabbi Shechter in Ohr Yisroel (ibid p.41).

16 Should one argue in the negative, it would then be necessary to ascertain the exact distance from Planet Earth that frees him from his earthly ties.