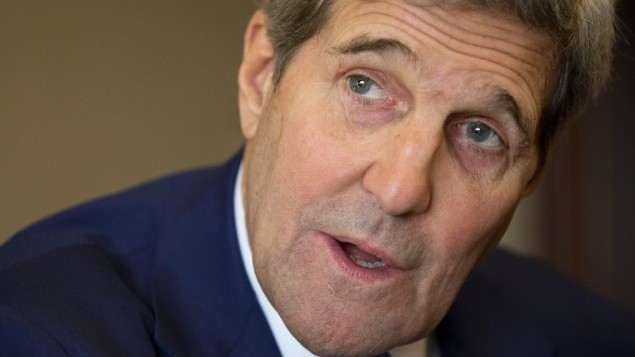 Proposals by Republican presidential candidates to ban Muslims from the country or increase surveillance in Muslim neighborhoods after terror attacks overseas are “an embarrassment,” Secretary of State John Kerry said on Sunday.

In an interview on CBS News’ “Face The Nation,” Kerry said foreign leaders are aghast. “Everywhere I go, every leader I meet, they ask about what is happening in America. They cannot believe it. I think it is fair to say they’re shocked.”

Republicans Donald Trump, front-runner for the party’s 2016 nomination, and Ted Cruz, his main challenger, stepped up their calls for measures aimed at Muslims in the U.S. after deadly bombings in Brussels on March 22 that killed at least 28 people.

“We need to empower law enforcement to patrol and secure Muslim neighborhoods before they become radicalized,” Texas Sen. Cruz said in a statement on March 22. Trump in November proposed a temporary ban on Muslims entering the U.S., and has advocated broader use of torture on terror suspects.

The rhetoric “upsets people’s sense of equilibrium about our steadiness, about our reliability,” Kerry said. “It’s clear to me that what’s happening is an embarrassment to our country.”

“It is clear from his comments that Senator Cruz knows absolutely nothing about counter terrorism in New York City,” Bratton wrote.