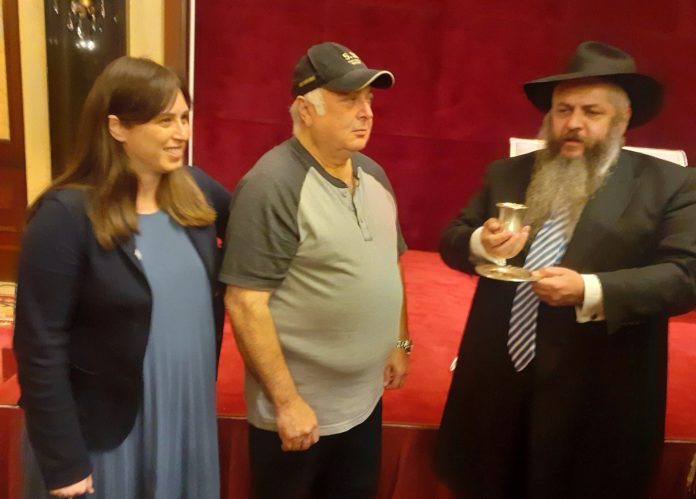 A 70-year-old Ukrainian Jewish man on Tuesday met with Prime Minister Benjamin Netanyahu and told him he had undergone a late-in-life bris milah earlier in the day in the Israeli leader’s honor.

The unusual meeting took place at an event Netanyahu hosted at his Kyiv hotel for the Ukrainian Jewish community on the last day of his state visit to the country that was attended by rabbis and other Jewish dignitaries from across the country.

After the speeches, Netanyahu was introduced to Kyiv resident Felix Gelfer, who had undergone the procedure earlier in the day and adopted the Jewish name Yonatan, in honor of the prime minister’s brother Yoni Netanyahu, who was killed while leading an Israeli commando force in the July 1976 rescue of hostages held at Entebbe airport in Uganda.