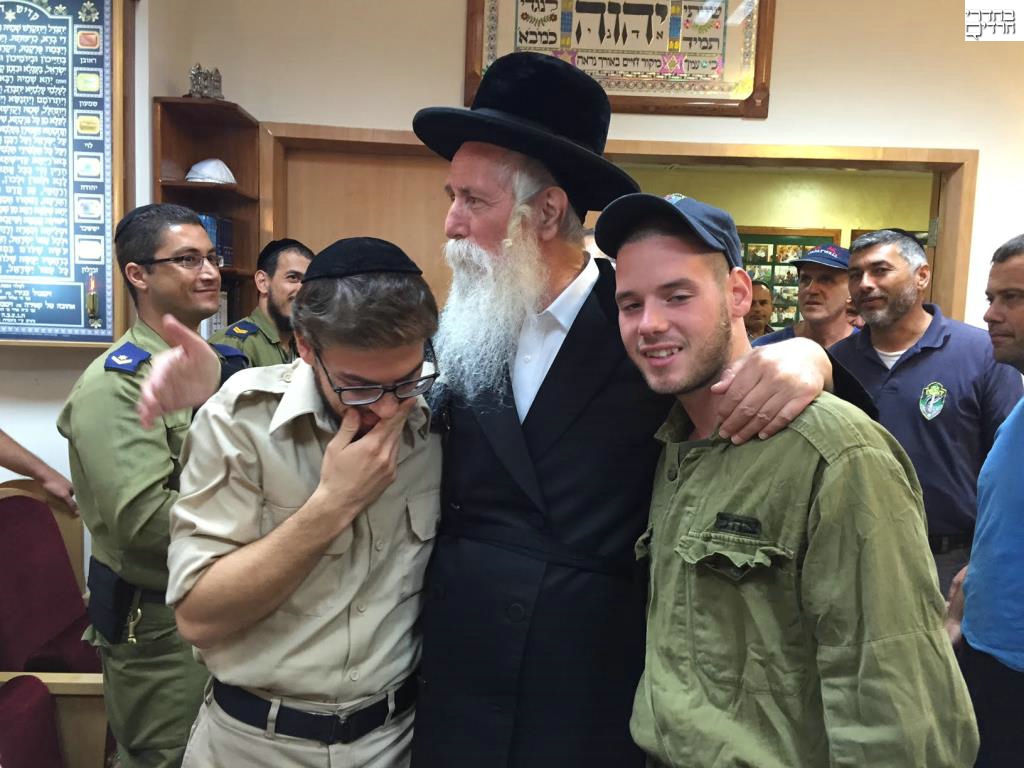 Friends and admirers of kiruv pioneer Rav Yitzchok Dovid Grossman of Migdal Ha’emek recently threw a seventieth birthday celebration for him. Guests included leading rabbonim and politicians, as well as Yesh Atid leader Yair Lapid, who presented him with a peace dove made of Gaza rocket fragments.

“This symbol represents the rov’s work,” Lapid said as he handed it to him. “Just as a peace dove was made from a missile, so Rav Grossman’s work over the years has transformed evil to good. Happy be his portion.”

Born a sixth generation Yerushalmi in 1946, Rav Grossman decided in 1968 to move to the Lower Galilee development town of Migdal Ha’Emek in order to provide chizuk to its population of poor North-African immigrants. Shortages of jobs and education had turned the town into a center of crime.

Rav Grossman threw himself into kiruv work and shiurim. He became known as the “Disco Rabbi” due to his frequenting of the town’s discos and pubs with hat, coat, beard and peiyos, where he engaged teens in dialogue and drew them back to Yiddishkeit.

After a year in Migdal Ha’emek, at the tender age of 23, he was unanimously elected Chief Rabbi of Migdal Ha’Emek with lifetime tenure. Three years later, in 1972, he opened the Migdal Ohr Educational Center which has been mekareiv over 17,000 youngsters over the years. In 1991, it was awarded the Nivchar He’asor (Best of the Decade) award and was acclaimed as the best educational network in Israel for the past ten years. Rav Grossman also opened a prison rehabilitation through Torah study program.

Rav Grossman has been honored with a number of national awards for his work and is a member of the Chief Rabbinate Council which advises Israel’s Chief Rabbinate. He twice declined offers for the position of Chief Rabbi of Israel.