Kiryas Yoel, NY – The Kiryas Yoel community has unveiled the first in the nation, and perhaps the world’s first, gender segregated public playground.

The new gender segregated children’s playground was built in Monroe, New York, on an area of 283 acres, which will fully separate boys and girls.

The park, built on the outskirts of the city, received special financing by Kiryas Yoel Mayor Avrohom Wieder. 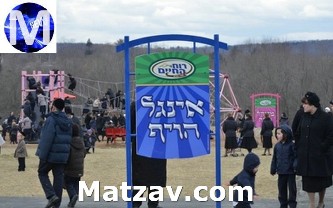 Kiryas Yoel Treasurer Gedaliah Segedin described the park as being under the strict supervision of the Committee of Modesty of Kiryas Yoel and under the watchful guidance of Rav Aharon Teitelbaum of Satmar.

The playground facilities for males are blue, for females red and white.

U.S. and New York State funds cannot be used to build a facility that discriminates based on gender.

Councilman Harley Doles toldthe RecordOnline. “My understanding is it’s only for the residents of Kiryas Joel, because no state or federal funds are being used.” 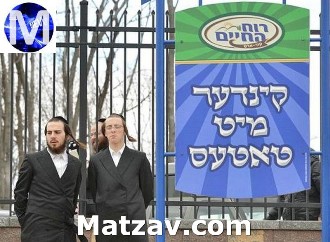