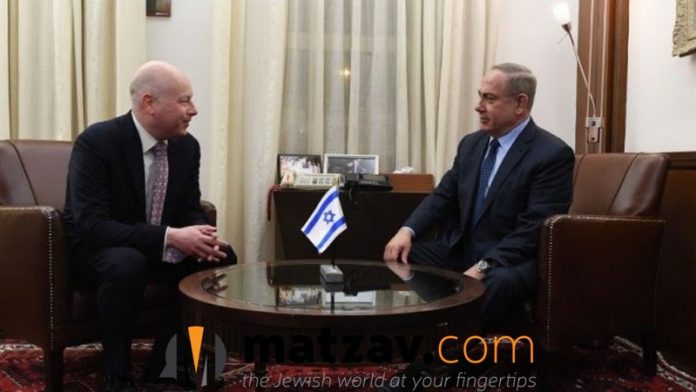 An Knesset committee delayed voting on a bill to annex the Jewish settlement of Ma’ale Adumim in Yehuda and Shomron amid a high-profile visit by a representative from the Trump administration.

“We will do everything in coordination with the coalition, everything in its [proper] time,” Bennett said, Israel’s Channel 10 reported.

Bennett’s Jewish Home party has been pushing to extend full Israeli sovereignty over Ma’ale Adumim in recent months. The community, an eastern suburb of Jerusalem, is home to some 40,000 Jewish residents and is considered virtually assured of being part of the Jewish state in any peace future deal with the Palestinians.

But a move by Israel to unilaterally annex any Jewish settlement in Judea and Samaria, even ones that will likely remain Israeli territory in a peace deal, may trigger widespread international criticism. JNS.ORG