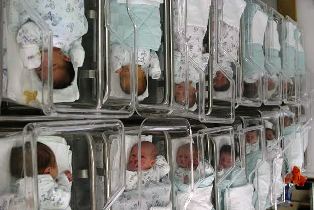 “My wife is not racist, but after giving birth she wants to rest, not suffer through the parties customarily held by Arab families,” he tweeted. He also posted, “This isn’t just about convenience. Jews and Arabs have been fighting over this country for a hundred years. It’s only natural that my wife doesn’t want to be in a bed next to someone who just had a baby that 20 years from now, might want to kill her baby.”

Smotrich’s tweets garnered condemnation from across the Israeli political spectrum.

“Beloved is man as he is created in the image [of God]. Any man, be he Jewish or Arab,” Jewish Home party leader and Education Minister Naftali Bennett said.

Israeli opposition leader Isaac Herzog (Zionist Union) said, “A newborn is pure. He knows no hatred. We won’t stand for hospitals separating Jewish and Arab women in maternity wards. We will not tolerate despicable segregation between human beings.”

Zionist Union MK Stav Shaffir noted, “Smotrich is the kind of man you see all over the world. Give them a group—any group—to join and they will pollute it with blind hatred and racism.”