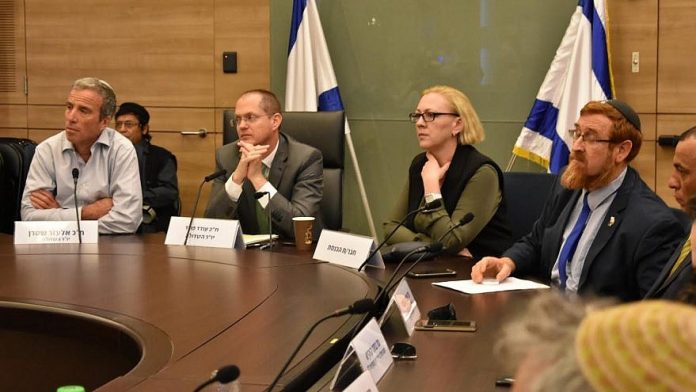 The Knesset passed a law that will prevent the early release of convicted terrorists serving sentences in prison.

The legislation, proposed by Knesset members Anat Berko (Likud) and Oded Forer (Yisrael Beiteinu), will deny terrorists the ability to be released after two-thirds of their sentences, as can occur with other prisoners who show remorse and demonstrate their rehabilitation.

Your email
The law was submitted following an exposé in the Yediot Achronot newspaper in which the Zionist organization Im Tirtzu exposed the plans of the Defense Ministry to reduce the sentences of terrorists by one-third for good behavior.

“A reduced sentence is a privilege that terrorists are not worthy of receiving,” said Berko. “Terrorists are proud of their actions and therefore must bear the full consequences. We won’t stop working for our citizens’ security.”

Forer said: “This is an important precedent in the fight against terror and the effort to increase deterrence. Now every terrorist knows that he has no hope of being released early.”

He added that “I am happy that moments before the Knesset is dissolved. We succeeded in doing justice to all those families who lost their loved ones in terrorist attacks.”

“It is a shame that we are in a situation in which a law is needed to prevent terrorists from receiving early parole,” said Peleg. “We need to continue promoting a strong deterrence package against terrorism that will prevent the next attack from occurring.” JNS.ORG