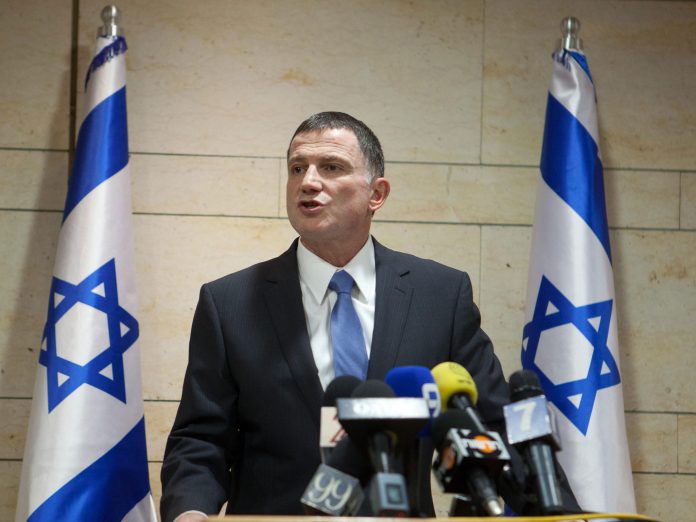 “While we are mourning the murder of two young police officers in Jerusalem, the speaker of the Jordanian Parliament called them martyrs, shaheedim, called their blood saints’ blood, and added some more thoughts in this very direction,” Edelstein said in a video posted Monday.

“It is inconceivable that an official in a country which has a peace agreement with Israel encourages the murder of Israeli civilians,” he said, adding, “I want to say to my Jordanian colleague: If you’re unable to condemn terrorist attacks, just keep silent.”

“May Allah have mercy on our youths, the members of the Jabarin family who deserve honor and fame,” Tarawneh declared, before criticizing Israel for its “occupation” of the holy sites in Yerushalayim.

“The Israeli persistence and the severity of its crimes it is committing are the reasons for the setting of fire of revenge in their hearts among the generations who inherit the hatred of the occupation,” added Tarawneh.