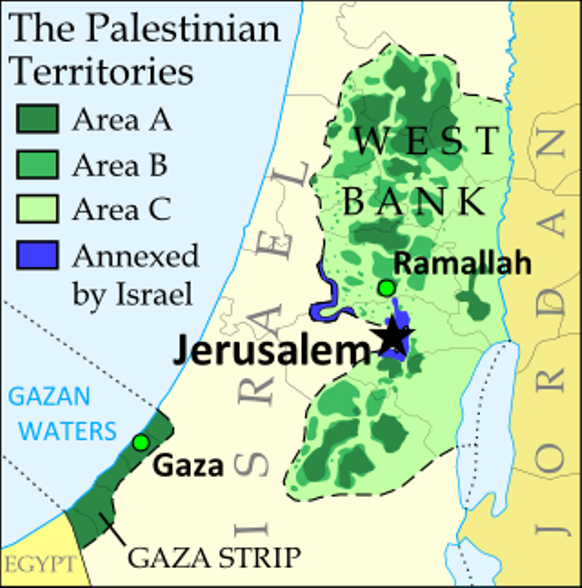 The Knesset Foreign Affairs and Defense Subcommittee held an emergency hearing on Monday in an effort to understand why Palestinian Authority policemen entered Area C during a confrontation over a waste disposal facility being built near the Israeli town of Michmash.

PA policemen had fired in the air at a joint Israeli-Arab protest against the construction of a waste disposal plant in Samaria on August 10 at the Rimonim Junction, north of Jerusalem. As the junction is located in Area C, it is forbidden for PA police to be present there without Israeli permission. The 1993 Oslo accords divide Judea and Samaria into Areas A, B, and C and stipulate that Israel maintain full control over Area C.

MK Bezalel Smotrich (Jewish Home) declared that “it is unclear to me how IDF Central Command gave permission to PA forces to enter Area C, and I am not sure that a general or defense minister can even make that decision, which violates the Oslo Accords that were ratified by the Knesset.”

Major Ahiad Messika, who heads the control department of the Central Command, told the subcommittee that the PA police were allowed to enter in order to deal with the Arabs protesting the waste disposal plant. “We knew that a confrontation was expected between the Palestinian population from Ramun and the workers from the plant, and the regional brigade commander gave the order for PA police to enter and deal with the protesters. “

He added later that “we never expected that PA police would use live fire.”

MK Moti Yogev (Jewish Home) blasted the decision to build the waste disposal plant as well as the PA police’s action. “The shooting incident is the culmination of many one-sided decisions, which permit a German firm to build a waste disposal plant that exclusively benefits Palestinians in Area C,” he contended. “Instead of finding a solution acceptable to both populations, they are promoting a one-sided plan, which contradicts our laws and agreements.