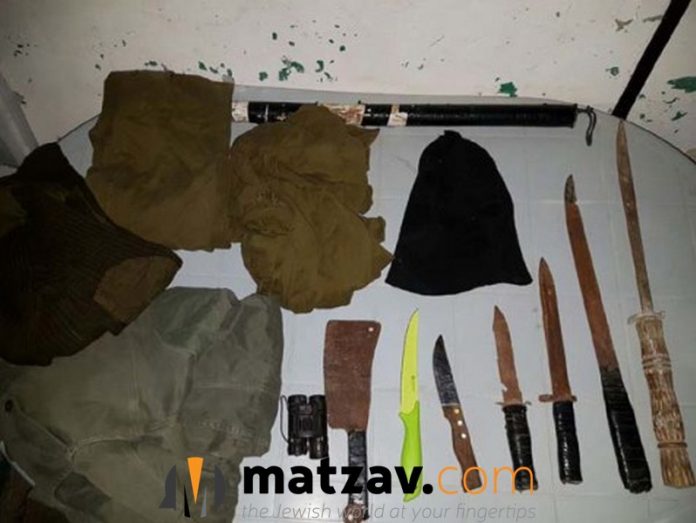 IDF and security forces arrested 15 wanted Arabs in nightly raids in Judea and Samaria, on suspicion of involvement in terrorism along with violence towards civilians and security forces. Seven of the detained are wanted Hamas terrorists. They were transported for questioning.

During search operations in the village of Katana, the IDF seized several knives and uniforms that were passed to security forces.

A Police spokesperson stated the Israel police arrested three additional suspects on Tuesday morning, during police and IDF operations in the village of Bet Awa near Hebron, on suspicion of making and possessing seven improvised pipe bombs. The bombs were all destroyed by bomb disposal experts and the investigation is still ongoing.