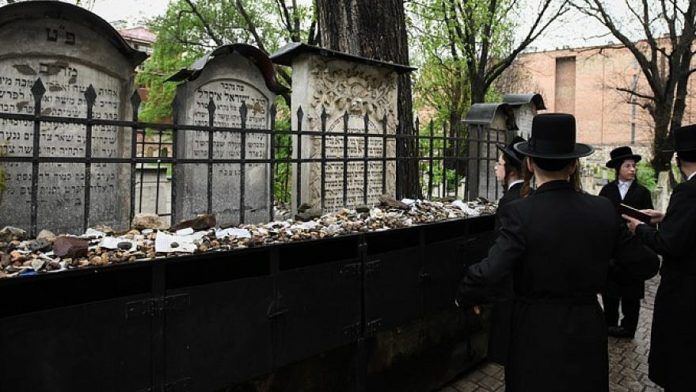 The city council in Krakow, Poland, has announced that a municipal street will be named next month after Rabbi David Alter Kurzmann, a caretaker of the Krakow ghetto orphanage.

During the liquidation of the orphanage by the Nazis, Kurzmann was offered to abandon the children and live or join them in their deaths.

Some 77 years after Kurzmann chose the latter, Walkative! tour guides collected hundreds of signatures to support their cause of honoring Kurzmann for his dedication, as well as the lives of the 300 orphans that were murdered.

The street-naming ceremony will take place on June 25.

Kurzmann was born on May 25, 1865 in Rzeszow, Poland. In 1887, he was the owner of a successful business and donated a large part of his income to charitable causes. He was well-known for his support of the local Jewish orphanage and eventually began managing its finances in 1918.

When World War II broke out, Kurzmann invested much of his time in saving the orphanage and its children, even after it was moved to the ghetto in 1941. He also ensured that the children were given the values of religion via the Torah and basic education.

On Oct. 28, 1942, the orphanage was brutally liquidated, and the orphans were ordered to be transported to the Belzec death camp. Kurzmann was given the option to abandon the children and live, or stay with them and perish. After joining the hundreds of children in cattle cars, Kurzmann, along with the other teachers who refused to leave them, was murdered at Belzec death camp, where around 600,000 Jews ended up being killed.

Krakow tour guides affiliated with Walkative! began their efforts to honor Kurzmann in 2017.

“Back then, we were celebrating our 10th anniversary and we wanted to thank Krakow for being both our workplace and our passion. We decided to do so by commemorating the orphanage in the ghetto by placing a plaque in its last location, 41 Józefińska Street,” says Walkative! board member Małgorzata Fus.

It was decided that the next step would be to honor Kurzmann by naming one of Krakow’s streets after him. Walkative! guides collected hundreds of signatures to support their cause. The initiative was supported by the Jewish Community of Krakow, the Galicia Jewish Museum and the Jewish Community Center (JCC) Krakow.

The street location was selected with assistance from the Krakow Town Hall. It was then approved by the District VIII Council of Dębniki, where the street is located. The decision was given final approval by the Krakow City Council.