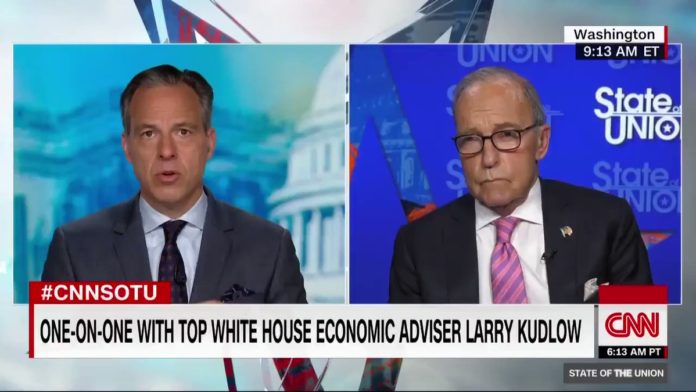 Larry Kudlow, director of the National Economic Council, said Sunday the $600 checks being sent to Americans on unemployment as part of coronavirus relief efforts are expected to end in July, and called them a “disincentive” for people to get back to work.

“The $600 plus, that’s above the state unemployment benefits they will continue to receive, is in effect a disincentive. I mean we’re paying people not to work, it’s better than salaries would get,” Kudlow said on CNN’s “State of the Union.”

“That might have worked for the first couple months, it will end in late July,” he added.