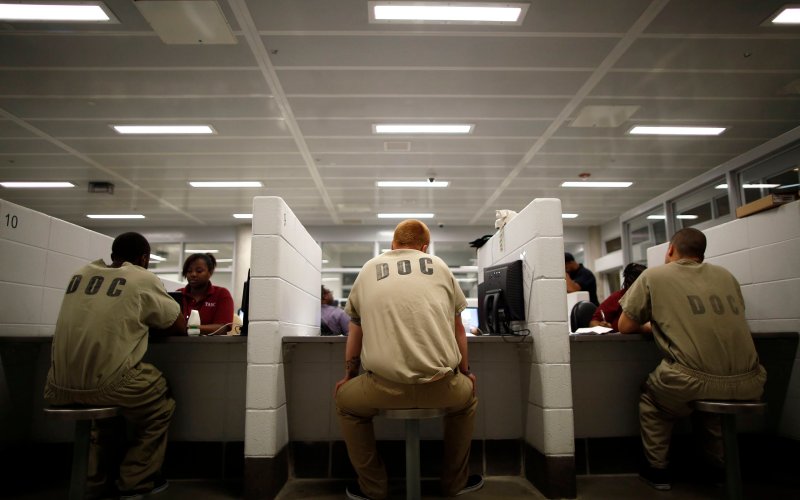 President Donald Trump’s son-in-law and senior adviser, Jared Kushner, will convene a roundtable Thursday at the White House to gather recommendations for improving mentoring and job training in federal prisons, a departure from the administration’s focus on more punitive crime-fighting measures.

A bipartisan group of about two dozen elected officials, religious leaders and business leaders were invited to the first major criminal justice-related event held by the Kushner-led Office of American Innovation, which in recent months has brought together technology executives to search for ways to make government more efficient.

Kushner’s interest in corrections policy is personal: His father, Charles Kushner, a real estate executive, was sentenced in 2005 to two years in federal prison after pleading guilty to tax evasion. Jared Kushner has said the experience gave him a glimpse of the challenges inmates and their families face in and outside of prison.

“There is a lot of agreement from the left and the center and the right that once a person has committed a crime we should make sure we give them the best opportunities to try to live a productive life after serving their time,” Kushner told The Washington Post in a telephone interview. “We’re not looking to train better criminals.”

The event, which had not been officially announced as of Wednesday morning, comes after a months-long push by Trump and Attorney General Jeff Sessions for more aggressive prosecution of drug offenders and illegal immigrants. In May, Sessions jettisoned an Obama administration policy that instructed federal prosecutors to avoid charging low-level criminals with drug offenses that would trigger severe mandatory-minimum sentences, a shift projected to boost the prison population.

Those efforts are at odds with a growing consensus that the mandatory-minimum sentences that proliferated during the “war on drugs” fueled crowded, costly prisons that unduly burden taxpayers and do not improve public safety. A number of states, including several led by Republicans, are curbing their inmate populations and even closing prisons by reducing mandatory-minimum sentences and expanding parole and probation.

Kushner’s private discussions in recent months with members of Congress and outside groups have included sentencing reform, according to participants, but Thursday’s meeting is more narrowly focused on preparing inmates to reenter society. Neither Sessions nor his newly appointed Bureau of Prisons director, retired Army Gen. Mark Inch, will attend, although some Justice Department officials are expected to participate.

Criminal justice advocates invited to the roundtable said the gathering is a positive first step, and they called for expanding drug and mental health treatment, vocational training, mentoring programs and placement in halfway houses.

“Regardless of what you think about who goes to prison or how long they need to be there, most people come out eventually, so let’s make sure they are better off than when they came in,” said Mark Holden, general counsel for Koch Industries, a leading conservative proponent of reducing incarceration levels. “Of course I want to see the dialogue on criminal justice issues continue and looked at comprehensively. We need a holistic solution.”

The federal prison population is expected to grow by 2 percent over the coming year, rising by 4,171 inmates, to a total of 191,493, and reversing the downward trend of the past four years, according to the Trump administration’s proposed budget. Yet the proposal calls for a 14 percent reduction in federal prison jobs, including 1,850 fewer corrections officers. Many of those positions are vacant.

The Justice Department is seeking $10 million to cover the costs of food, health care, transportation and programs for the additional inmates, but it’s unclear how much money would be allocated to education and vocational training.

“The federal prison system is in dire need of reform, so progress there would be welcome,” said Kevin Ring, president of the advocacy group Families Against Mandatory Minimums, who is not attending. “But you can’t say you’re going to improve prison programming without more funding or a much more coordinated effort between prisons and universities and businesses.”

Also unclear is the fate of some initiatives begun by the Obama administration to help former inmates become productive citizens. Late last year, the Justice Department created what it called a “school district” for federal prisoners, raised standards for private halfway houses, and agreed to pay for copies of birth certificates and state ID cards often required for employment and housing. A spokesman for the Bureau of Prisons said he could not immediately confirm the status of those programs, which were estimated to cost $1 million to $1.5 million annually.

Asked about federal funding, Kushner said, “We’re not at a place where were are prescribing solutions. We’re bringing people together and generating ideas. If prisoner rentry programs are successfully executed, it’s usually a good investment.”

A request for recommendations from participants before the conference said, “While suggestions for the investment of Federal resources are appreciated, please also be sure to highlight opportunities that do not require Federal funding.”