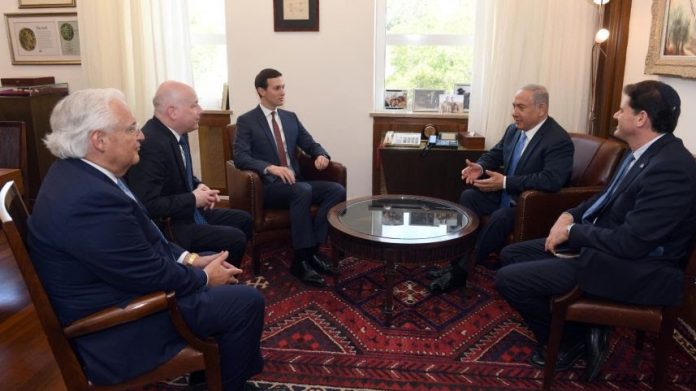 White House senior adviser and presidential son-in law Jared Kushner is expected to visit Israel next week ahead of the rollout of the Trump administration’s long-awaited peace proposal for the Israelis and Palestinians, reported Israeli public broadcaster Kan.

Kushner will meet with Israeli Prime Minister Benjamin Netanyahu ahead of the plan’s release, which will begin with an economic workshop in Bahrain scheduled for June 25-26.

While Saudi Arabia and the United Arab Emirates announced that it will send a delegation, the Palestinian Authority rejected an invitation.