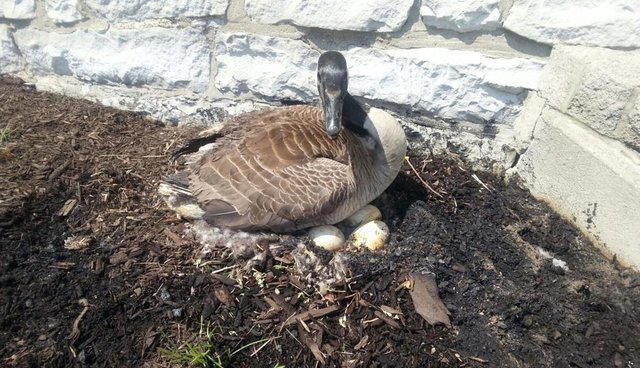 In what appears to be the case of shiluach hakan gone awry, the Lakewood Township police and the state Division of Fish and Wildlife are investigating reports that children were brought to a goose nest to beat and harass the birds on a daily basis, perhaps to steal the eggs.

The incidents took place over the course of five days earlier this month near a retention pond on Cedar Bridge Avenue, according to a woman who says she saw the attacks and called police several times. The accusations made the rounds on social media over the weekend, after a photo was posted of a family who allegedly was leaving the area after having beaten the goose.

The mitzva of shiluach hakein requires Jews to chase away a mother bird and acquire the eggs laid in the nest. Though there is no specific method on how to chase the bird, the OU website recommends not making any contact with the mother due to tzaar baalei chaim and says you should instead scare her away. This holds especially true for Canadian geese, which are known to be very protective of their nests and can cause injuries is they feel threatened.

Penalties for killing the geese can range up to six months in jail and include fines; a Manasquan man was fined $1,000 in 2009 for shooting and killing a Canada goose that was pooping on his deck, NJ.com reported.

Lakewood Police Capt. Gregory Staffordsmith on Thursday said the Division of Fish and Wildlife and the Lakewood Police Department’s Quality of Life Unit were investigating.