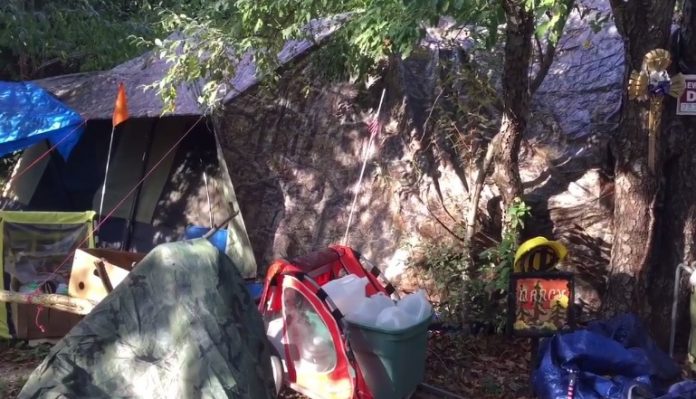 A small encampment in Howell, NJ, is home to nine people who once lived in Tent City, which was a community of about 120 homeless people living together in a wooded area of Lakewood, NJ. It was shut down by the township in July 2015.

The APP reports that the Howell encampment is run by the same minister – the Rev. Steve Brigham of the Lakewood Outreach Ministry Church– who also started and operated Tent City.

The encampment has been around for about a year, Brigham said. It’s tucked in a wooded area off a dirt road adjacent to Route 9 in Howell.

The encampment is about a tenth of the size of Lakewood’s former Tent City. Brigham says that the folks who live there generally work or go out looking for work every day